The striking redesign could predict the future of iPhones. 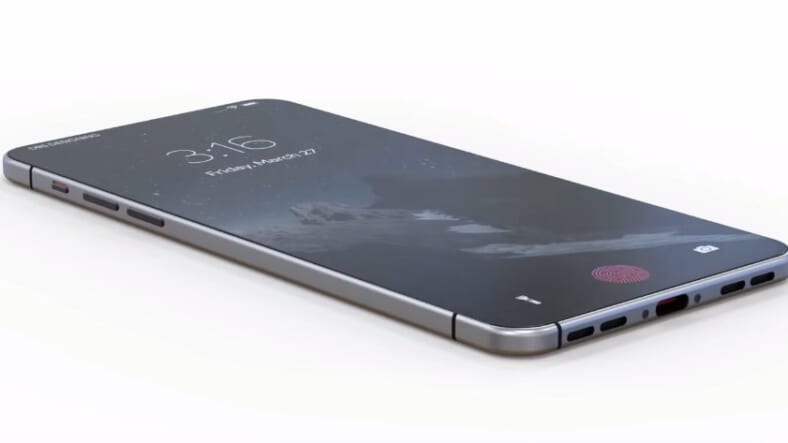 Apple iPhone 12 renders are a dime-a-dozen on Youtube, but we have to admit this is one of the most realistic and aesthetically-appealing yet.

This stunning video depicting a true 5G iPhone for the DBS Designing Youtube channel is the handiwork of gifted a conceptual artist, Muhsin M. Belaal Auckburaully.

T3.com notes why this ultra-realistic mockup sets itself apart:

The stunning Apple iPhone 12 depicted here not only it incredibly thin and stylish, but also comes with near bezel-less full screen display, an incredibly advanced under-screen front selfie camera, rapid under-screen fingerprint scanner, a lens-stuffed quad rear camera array with Time of Flight (ToF) sensor, wireless charging functionality and, of course, 5G connectivity.In addition, while not specified directly (the phone is detailed as containing “2020 technology”), the phone would use Apple’s incoming A14 processor, which has just been shown, reportedly, to absolutely crush all competitors in terms of benchmark speeds. Just think of having not only a phone that gorgeous in your pocket, but a phone that gorgeous that also sets new levels of awesome in terms of performance. It is the stuff that smartphone dreams are made of.

T3’s Robert Jones goes on to make the point that Auckburaully has captured “the sort of hyper-desirable handset that Apple is famed for creating.”

That said, there’s no guarantee whatsoever the next iPhone will look like this at all—even though a DBS Design video of an iPhone 11 render published almost a year ago (see above) did a decent-enough job of predicting some elements of the actual product itself.

As the Coronavirus Pandemic has put everything up in the air pretty much everywhere, there’s no telling when we’ll next see a new model iPhone, especially given that the virus first broke out in China—where so many iPhone components are made. It’s likely that as China begins to reopen businesses production will ramp up, but it seems a sure bet that whatever internal timeline Apple made for the iPhone 12 has likely been delayed.

So for right now we’ll just take in this one and hope Apple still knows good design chops when they see them.