For the first time ever, the iPad boasts an upgraded keyboard and mouse support. 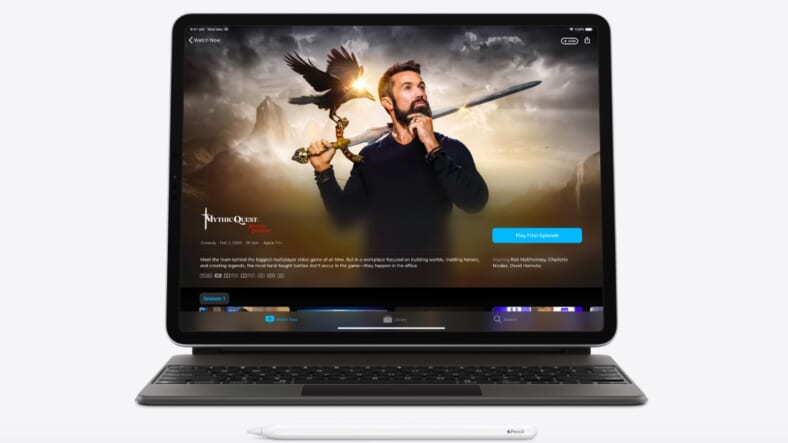 Apple made it official on March 18th: They’re launching a brand new iPad Pro—perhaps one of their most substantial iPad updates yet—and a new MacBook Air.

While necessarily low-key due to the Coronavirus pandemic dominating the news, Apple’s announcement revealed a host of new upgrades to both tablet and laptop—including improved processing speed and memory.

While Apple’s newly-released videos highlight improvements to the iPad Pro, their MacBook Air improvements are no less impressive. They include a new keyboard and a doubled storage capacity, the base model starting at 256GB. The Cupertino-based electronics giant boasts that the Air has some seriously improved graphics ability—it’s 80 percent faster than the previous generation.

The MacBook Air’s Magic Keyboard was introduced on the new, larger MacBook Pro. It’s been reconfigured for both comfort and stability—the latter was a big complaint from users regarding the previous models. It comes in gold, silver, and space gray.

With the new iPad Pro and the simultaneous release of a new Magic Keyboard, it’s pretty obvious Apple is one big step closer to its goal of turning the tablet into a true laptop replacement. It supposedly will provide the best typing experience of any iPad ever, and the detachable keyboard now sports a trackpad and trackpad/mouse support in iPadOS 13.4.

Technically speaking, you could operate your iPad without ever touching the screen if you opt to add the keyboard.

Additional new features on the upcoming Pro include a lightning-fast A12Z Bionic chip, which should make it faster than most of its PC laptop competition. It also has a depth-sensing LiDAR Scanner, upgraded microphones, and an Ultra-Wide camera. The LiDAR will integrate with existing cameras and other sensors to boost the Augmented Reality (AR) experience to surreal levels if it functions as well as Apple hopes.