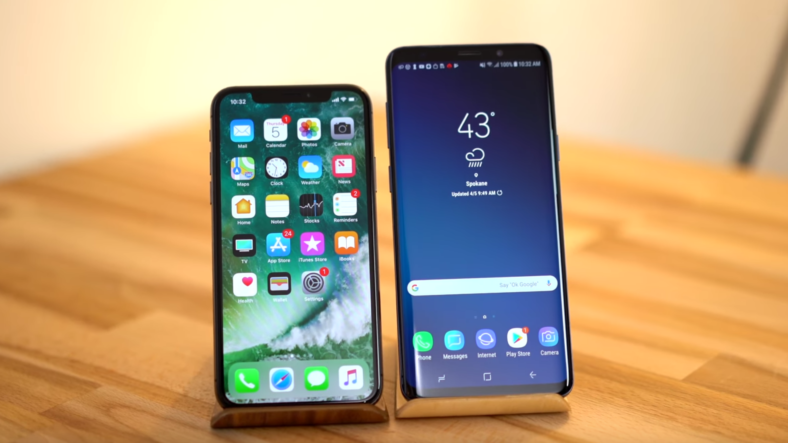 Apple‘s iPhones and the Samsung Galaxy line are subject to constant comparisons like the detailed one in the video below. They have a lot in common, form and function-wise.

And according to Italy’s competition authority, the Autorità Garante della Concorrenza e del Mercato (AGCM) they also have some sneaky practices in common, including slowing older phones, likely to sell new ones.

As a result, the AGCM has levied millions of dollars in fines against both companies for violating consumer codes with those sketchy moves.

The Verge has the details:

The AGCM is levying a €5 million fine ($5.7 million) against Apple for problems that occurred on various models of the iPhone 6 when users installed iOS 10, which was developed for the iPhone 7.

Because the new iOS required greater energy demands, those using it on older iPhones experienced unexpected shutdowns. The company’s fix, which came as an update in 10.2.1, was released without warning customers that it would throttle CPUs on older devices with aging batteries in order to prevent the occurrences of these random shutdowns.Apple is also being hit with a second €5 million fine for not giving customers information about their devices’ batteries, such as average lifespan and the procedures for how to maintain and replace them.

Apple problems of any kind are always high-profile, so naturally Samsung’s issue didn’t get much press, even though it infuriated Galaxy 4 owners in particular.

They discovered upon installing Android’s Marshmallow 6.0.1 OS update that their phones suddenly just didn’t work as well anymore. For some this led to the need for costly repairs, because the older phone was no longer under warranty.

The AGCM dinged Samsung for not informing consumers about the problem. The organization declared that along with Apple, the Korean smart phone giant churned out OS updates which led to “serious dysfunctions and reduced performance significantly, thereby accelerating the process of replacing them.”

These European penalties come after Apple copped to slowing older phones in a letter to customers in late 2017, an admission that prompted at least one lawsuit so ridiculously huge there was no way it would ever make it through the courts.

In their continual efforts to sell more expensive, more tricked-out phones, it seems certain neither Samsung nor Apple will ever try anything cagey or sneak again.

Just kidding. Even for some of the massively wealthy companies in the world, there are always a few corners they can cut.