There’s an official name, new pics, and a preorder date. 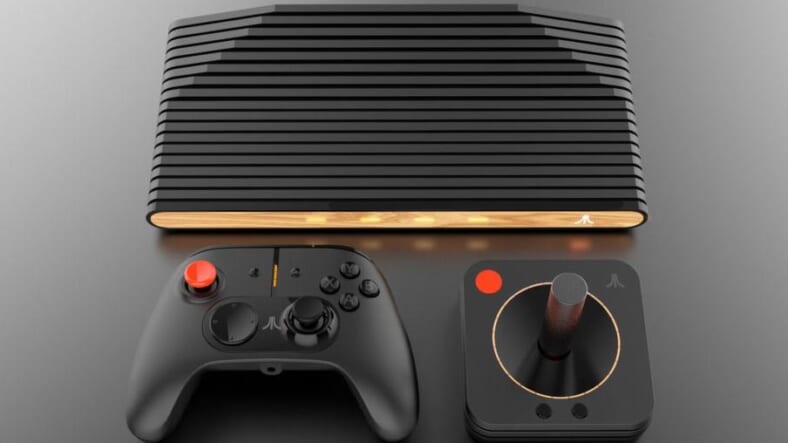 We’ve heard buzz about a retro “Ataribox” some time now, but details have been hard to come by.

We now know that the forthcoming console’s official name is the Atari Video Computer System, or VCS. Check out it’s disco-style logo below:

New photos offer a look at a prototype that will be unveiled March 21 at Game Developers Conference 2018. As previously released images show, the VCS’s aesthetic is similar to the classic Atari 2600, but with a modern twist.

A slick wooden construction with flush backlit buttons houses the main hardware. Gamers will bee able to play a yet-released list of classic titles with a ’70s-era joystick.

But it’s much more than a revamped version of the 2600. The VCS will function as a PC that runs an easily customizable Linux operating system and an AMD processor, which is to say that it’ll have modern gaming and computing capabilities.

That’s probably why a second, modern controller is included.

Prices are expected to fall in the $249-$299 range. Hopefully we’ll have more info when Atari announces a preorder date in April. For now, enjoy more of the awesomely retro console in the gallery above.