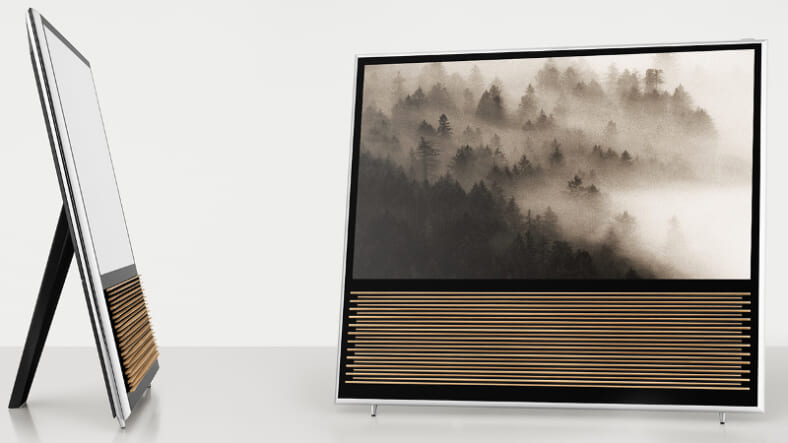 If the first thing you want to know about Bang & Olufsen’s BeoVision 14 ultra-high def set is how big it is, you’re missing the point.With their typically obsessive attention to materials and detail, B&O has crafted a naturally warm conversation piece that looks almost as good powered down as turned on, thanks in large part to the finely crafted oak wood lamellas that cover its custom 3-way speaker set (though other cover materials and colors are available).In fact, this TV’s sound system is strong enough to use on its own as a standalone hi-fi, directly streaming Deezer, Spotify or thousands of Internet radio stations. Custom sound modes offer great preset audio for, say, movie watching and considerate night time listening. And you can further immerse yourself by easily adding wired or wireless external speakers.

As an Android TV, it naturally offers tons of movies, music and apps, plus the ability to quickly share stuff from your mobile. Its special antireflective screen automatically adjusts the picture to the room’s lighting conditions. And best of all, your television evolves as the whole platform does.If the artsy easel stand and manual wall bracket don’t do it for you, mount it to a motorized floor stand or wall bracket that brings the television to life, suavely pointing the display right at you when you power it on.Set for a December release in the States, it’ll run roughly $6,700 for the 40-inch model and about $2,500 more for the 55-incher. Any takers?