Turn Your Phone Into an Off the Grid Walkie-Talkie

No bars? No problem. 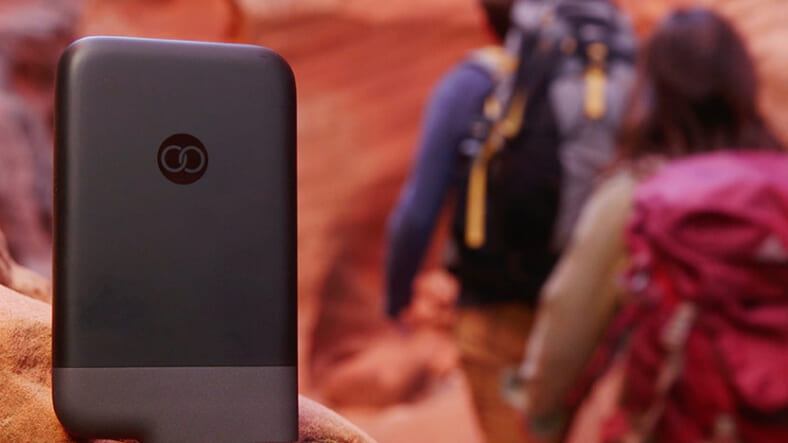 Face it, the networks you depend on let you down all the time. At home, you have the option of setting up a signal booster. But when you’re away from Wi-Fi, perhaps either at a huge festival or even trekking someplace scenic where you wouldn’t expect cell service, you can still communicate like a civilized person by dropping a Beartooth in your bag or pocket.This pack-of-cards-sized gadget sets up a private network with your friends’ Bearteeth—er, other Beartooth devices. And it connects via Bluetooth to your smartphone (as opposed to their first product, a phone-specific case), allowing you to quickly talk, text and share your location over offline maps with multiple friends throughout roughly a 2-mile radius.Although 2-way radios are cheaper and have a decent range, they don’t do as much and can be trickier to use. Another modern off-the-grid alternative, goTenna, lets you text message multiple people at once, but not do voice.

The best part about Beartooth is there’s no cost for the service. Once you buy the hardware, you’re good to go. Hell, in a pinch it’ll even charge your phone’s battery.Sold by the pair, for a limited time you can preorder this gritty product for $249, a significant savings off the $399 retail. It’s said to be shipping “later this year.”