Rock The Party with This Insanely Loud Backpack Speaker

The 200 watt BeatBringer jams out for 15 hours on a single charge. 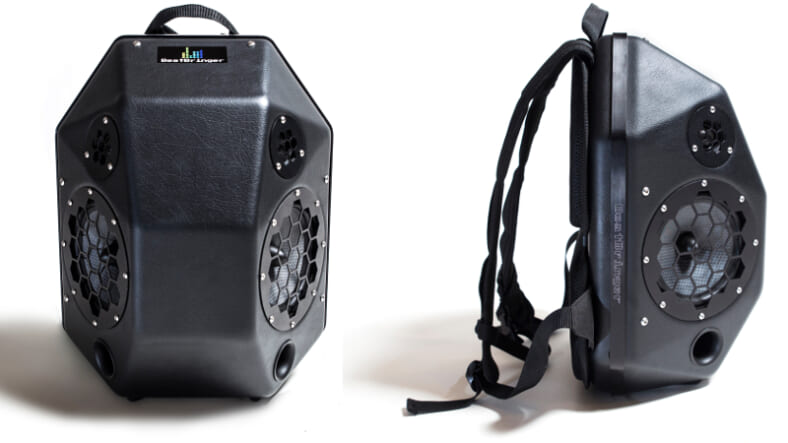 Hey, sometimes you want to just pop on a pair of skates and jam out to your favorite tunes. But why be so greedy, keeping all that fine audio to yourself? If you’ve got BeatBringer‘s Speaker Backpack strapped on, you can share your grooves with the world.Or at least those within earshot, which may still encompass a decent population, given that its woofers and tweeters are powered by 200 watts of mobile amplification. Not bad for a 13-pound boombox.

Its battery can power 15 hours of music—and your phone along the way. They offer a spare battery for the truly hardcore. Speaking of which, although it’s water-resistant, they do recommend a rain cover to handle severe conditions.Other than that, it’s pretty much your standard Bluetooth speaker with an auxiliary line in and the ability to instantly make you the center of attention (and look like a Ninja Turtle) in public.

With a month left and plenty of doe still needed to successfully fund its Kickstarter campaign, you can grab one of these bad boys for the Ultra Early Bird price of about $550, which is roughly $120 less than it’ll retail for.If you really want to go all in, opt for the Graffiti edition, an urban work of audio art that runs about $900.