Here’s Which One of These Bluetooth Padlocks Is the Best

A battle of the best keyless portable locks. 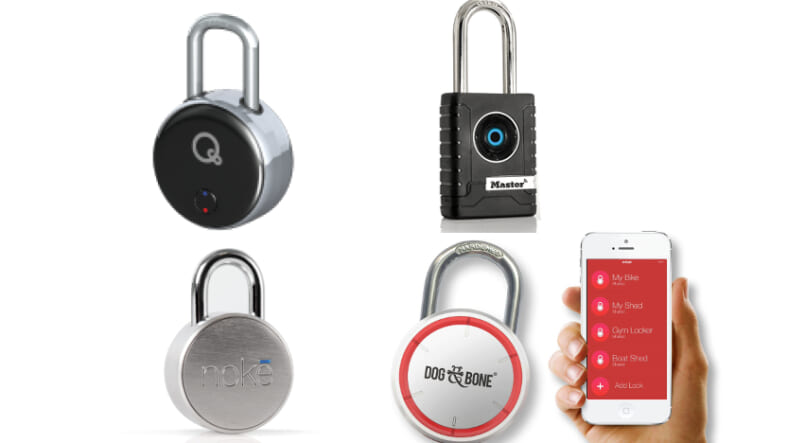 As anyone who rides a bike or goes to the gym a lot will tell you, having a good lock is essential. Of course, padlocks are handy in plenty of other situations as well, from ski lodges and waterparks to airports and school lockers, but you don’t always want to be carrying a key with you—or have to remember a complicated combo.

Enter the Bluetooth padlock. Actually, enter several.These handy little wonders offer a world of convenience traditional locks simply can’t, albeit at considerable added expense. All these locks offer an app that allows you to manage multiple locks, share virtual keys for each and track their use at your discretion. They also offer multiple ways to open the lock, by simply touching the lock, touching your phone’s screen or through some sort of physical code on the lock itself. (So you don’t have to worry about what happens if the lock battery dies or if your phone’s lost, dead or simply inside the locker you’ve just locked.)

The interestingly named Australian accessories company Dog & Bone offers their patented LockSmart ($90), the most expensive of the lot. Made from a hardened steel and zinc alloy, this weatherproof lock is both physically and (through secure 128-bit encryption) digitally tough. And its rechargeable battery is rated for 3,000 unlocks—about a year or two between charges, depending on use. Although it looks great, all the other locks are at least $20 less, the same price as D&B’s upcoming Mini lock.

By contrast, Master offers their takes in the form of Outdoor ($60) and Indoor ($50) iterations. Although they’re the most affordable of the bunch, they’re a little more industrial and techie looking. Still, plenty of features and functionality.

Thousands of backers on Kickstarter helped to fund the aptly named Noke ($70, pronounced “no key”) back in September 2014. With a clean, polished, modern look, the Noke lock picks up any style points Master lost, and then some. They also offer an optional cable and bike mount ($40). And their app tracks usage by location, so you can know where it was last (un)hitched. Over a year after its funding, it just started shipping earlier this month.

In a very different story, The Quicklock was quite unsuccessful on Kickstarter. But they didn’t let that stop them from bringing us the world’s first padlock operated by both Bluetooth and RFID/NFC. In other words, unlike all the others, you don’t even need a phone to unlock this one (bundles start at $70). You can simply swipe a physical key fob or card (included) or special ring ($70 separately, less when bundled) to pop it open. As shown in the video below, it really seems to offer the best of both worlds:

Having said all that, we enter the disclaimer that we haven’t personally used any of these locks, so we can’t attest to how easy they actually are to use—or break, for that matter. But if you’re even thinking about updating your lock to 21st century technology, at least now you’re better armed than you were before.