Tell your boss you’ll be coming in late. 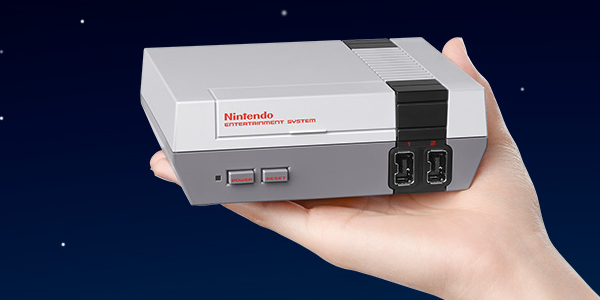 Those of us not amongst the lucky 200,000+ to have already secured an NES Classic this holiday season will have a chance to grab one in person on Tuesday, December 20, when Best Buy stores around the country will have the coveted retro console in stock.After Best Buy accidentally leaked the news earlier this month, they confirmed in an email that they’d have units available only on December 20th. If you’re hoping to pay retail ($60)—rather than the $200 and up you could get fleeced for by greedy Amazon merchants—and have it in hand by Christmas or during Hannukah, this might be your best bet.

According to a BestBuy.com blog post, the rules are simple: show up in person (don’t even bother looking on their site) tomorrow at any of over 1,000 Best Buy stores around the country, get a number based on their actual inventory, play Super Mario Run while waiting in line (not a rule, but we’re guessing you’ll want to), then buy your allotted one system per customer.

What If I Don’t Get One?Do your best to remain calm and try any and all of the following:1. Troll Amazon on Twitter. Amazon (and AmazonGames) have posted news about PrimeNow having the NES CE available in select cities.2. Keep your eyes on local stores. Target, Walmart, Toys R Us and Urban Outfitters have had don’t-blink-or-you’ll-miss-them sales.3. Enter lotteries. ThinkGeek offered customers who added the system to their wishlist a chance to buy it via lottery once already and may do so again.4. Get another system. Beyond hoping and praying for this mini Nintendo—with its annoyingly short controller cable—maybe consider a mega-console that can emulate multiple systems, such as the similarly tiny RetroEngine Sigma or one of Bespoke Arcades’ stellar full-size cabinet systems. They each offer exponentially more games, including all 30 titles built into the elusive NES Classic.