This Is The Best Wireless Device Charger Yet

Two at once in any position is always a good thing. 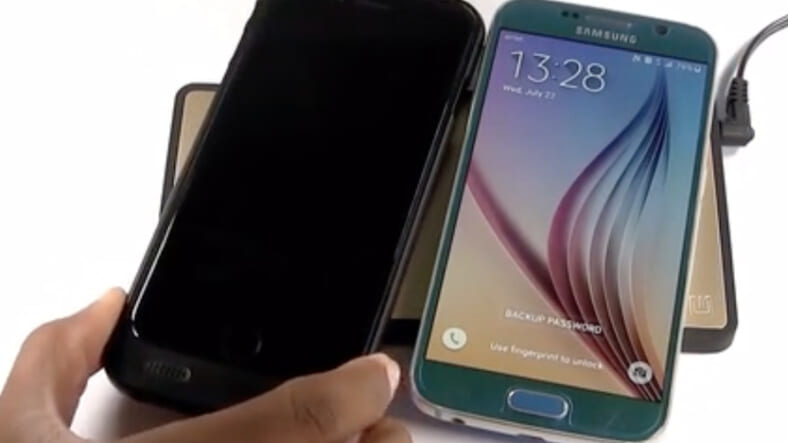 Options are good. Not being constrained by one boring position. And of course, by that we’re referring to the joyous freedom of wirelessly powering your smartphone without having to worry about perfectly lining it up on the charger.That’s the credo behind PowerSquare‘s new Tango. It not only isn’t finicky about which way you place your device on the charging pad—or that the phone’s even all the way on it—but also lets you charge a second this way as well.What’s that, your phone isn’t compatible? It will be when you get one of the optional micro-USB or iPhone adapters, which pretty much means no one on the planet should be charging their phone the old fashioned way. In fact, why don’t you just throw your old charging cable in trash right now?! Because some pre-orders won’t fulfill until April, you may need to charge your device before then and you shouldn’t be so rash.

Anyway, their Kickstarter campaign has already surpassed its goal. But you can still grab the device by itself for $55 (that’s 30% off retail). Or bundle it with an Android or Apple adapter, as your lifestyle dictates, for a quite reasonable upcharge. (See what we did at the end there with “charge?”)