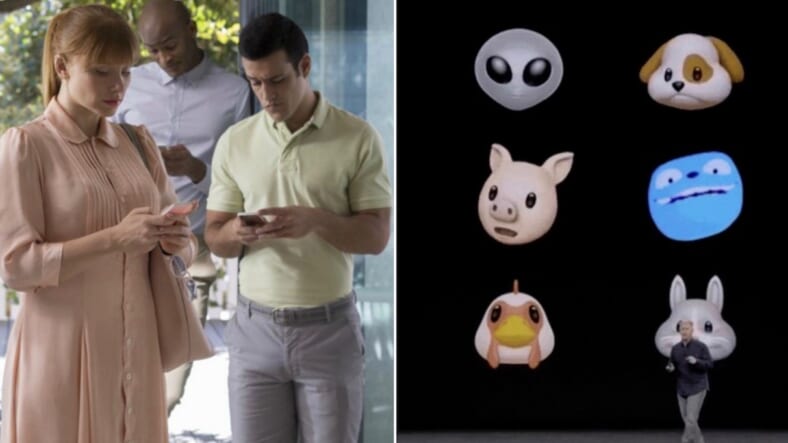 One of the features accounting for its whopping $1,000 price tag is a front-facing “TrueDepth” camera which captures users’ facial movements and can transplant them onto a number of talking “Animojis.”

Through awe-inspiring albeit deeply unnecessary technology, you can morph from a talking human face to a gabbing robot, monkey or poop emoji. Ridiculous? Hell yes. But you know this shit is gonna drive the millennials wild!

It is also unnervingly similar to an episode of Black Mirror, the Twilight Zone-esque anthology series where standalone episodes depict dystopian futures where technology has run amuck.

In one, a failed comic uses similar technology to run for a Member of Parliament position in the U.K. as a crass blue cartoon animal named Waldo. The episode was an indictment of mass media and populist politics, but could have also been read as an omen.

Even the Black Mirror Twitter page sees the similarity. It photoshopped an image of Waldo onto the talking emojis Tim Cook unveiled.

See what other freaky prophecies Black Mirror will definitely get right in the new Season 4 teaser, below.