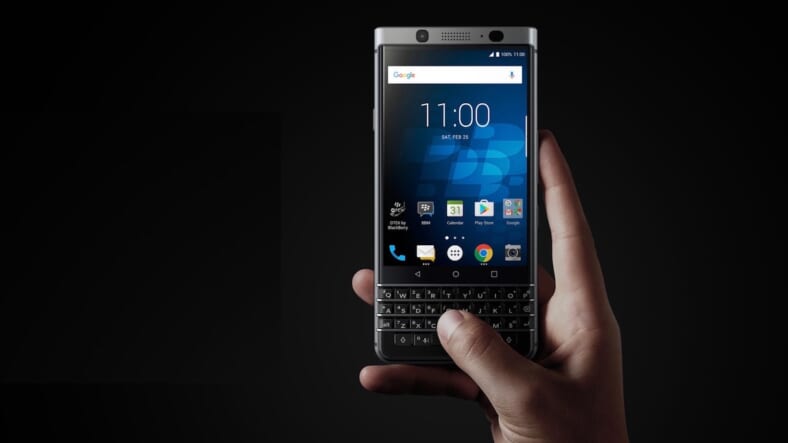 Blackberry is no longer content with being a relic of pre-touchscreen times. Everyone’s favorite smartphone of the aughts has come roaring back with a souped-up new KEYone model.

In a bold affront to our iPhone-inundated era, the KEYone comes with the recognizable QWERTY keyboard, which no touchscreen interface has ever truly been able to replicate.

It’s perfect for anyone who wants the capabilities of 2017, but still has their thumbs proudly stuck in 2007.

But the venerable smartphone giant has come a long way since the days of MySpace and the Nintendo Wii. For one, the screen of the KEYone is substantially larger—at 4.5 inches— and its resolution crisper—at 1620 x 1080 pixels—than the screen on your old BlackBerry Pearl ever was.

Another standout feature is the touch-sensitive trackpad, which allows users to scroll by running their fingers along the keyboard. There is no antiquated trackball, which would constantly get jammed and require replacement.

The device is also powered by Android 7.1 software, which links up to the Google Play store and a bevvy of sweet Google apps.

What’s more, it has got a 12MP rear camera together with a 8MP front camera and LCD flash, which truly situates the phone in our age of selfies.

The BlackBerry KEYone is now available on Best Buy and Amazon for $549.