By the power of grayscale! 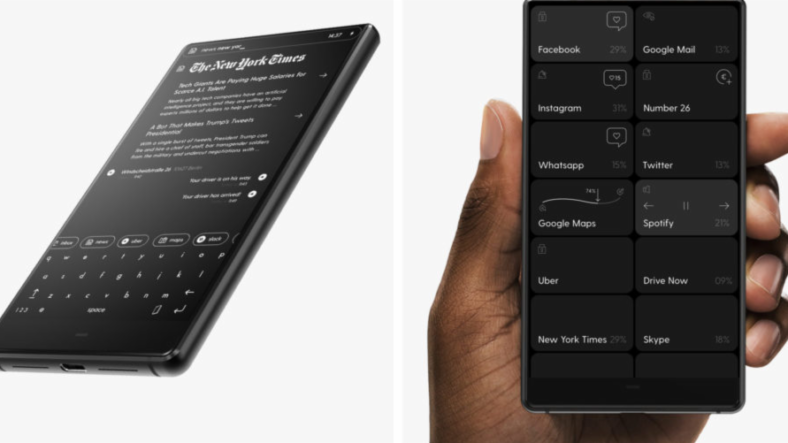 When it comes to being productive while using smartphones, sometimes boring is better.

A growing group of people are trying to temper their iPhone addictions by turning their phones to grayscale, or replacing colors with shades from white to black. Initially popularized by tech ethicist Tristan Harris, grayscale is designed to make a shimmering screen less stimulating, so you’re not spending so much time mindlessly scanning Instagram and can actually get some work done.

Now, there’s a new minimalist smartphone coming this fall from Blloc with a monochromatic display built-in, so you can minimize distractions and spend less time on it.

The blacked-out main screen also allows users to get more juice out of the phone’s 3100 mAh battery, and boasts many of the same features you might find on an iPhone or Android.

Those include a 5.5-inch display, a 13-megapixel Sony camera that shoots 4K video (including a feature that allows you view content in color when necessary), 4GB RAM, 64GB of storage, Bluetooth 4.0, fast charging via USB-C, and, for iPhone addicts yearning for a simpler time, a genuine headphone jack.

Blloc unifies your apps into a single timeline called The Root, which is meant to make users be more efficient. There’s a separate timeline that’s just for messages, including Facebook Messenger, Whatsapp, Slack, and more.

“Instead of multiple distractions we aim for focus,” the company’s website states. “Instead of fragmented conversations, we strive for continuity and fluidity. Booking your flight, checking the weather or ordering an Uber, it all happens in one place, the Root.”

Blloc is now available for pre-order starting at $423, though the official release date has not yet been announced. It just might be worth checking out if you’re a fan of minimalist design and time-saving color schemes.