Block out the sun and the noise with this killer wearable tech. 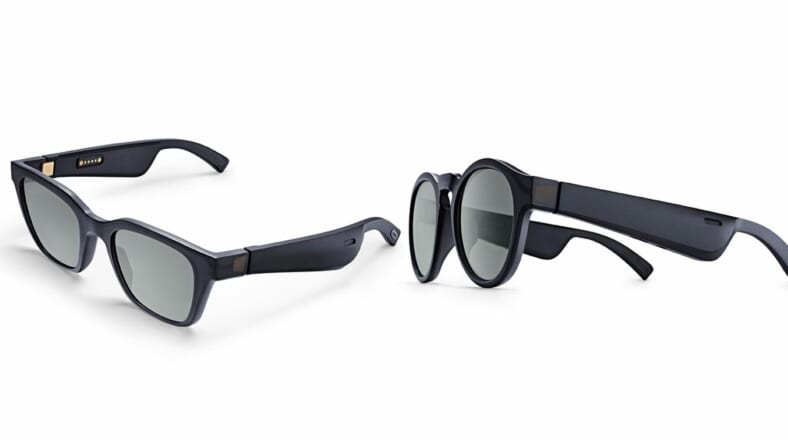 Augmented Reality (AR) is aimed at mixing information and imagery over the real world. This normally means blending visual cues with what you see, but Bose—being a premiere audio company—has taken AR in a new direction with their new smart sunglasses, Frames.

Frames are a pair of simple black sunglasses, akin to Ray-Bans, with wireless speakers and a mic built in to create a personal sound space around your ears that’s also ready to take your commands. Frames will pair with both iOS and Android devices to access GPS and digital assistants like Siri.

That connectivity lets the Frames access services like Yelp and TripAdvisor to keep a discreet and up-to-date flow of information pumping into your ear. Of course, playlists and music capabilities are integrated here as well.

Battery life is being pegged at 3.5 hours of active audio or 12 hours of standby. That’s a little low compared to current wireless headphones but those don’t boast these extra capabilities. Bose also has additional app integrations in the works though it remains to be seen exactly what form those will take.

Frames hit the shelves in January and they come in two styles: the Alto (squared), and the Rondo (rounded). With these, Bose could potentially change perspectives on face-based wearables after devices like Google Glass failed to meet expectations.

The Bose Frames will retail for $199.95 and are available for pre-order now. (Pre-order)