The Keurig of Weed Vaporizers May Soon Be a Real Thing

This video for the CannaCloud start-up is hilarious. 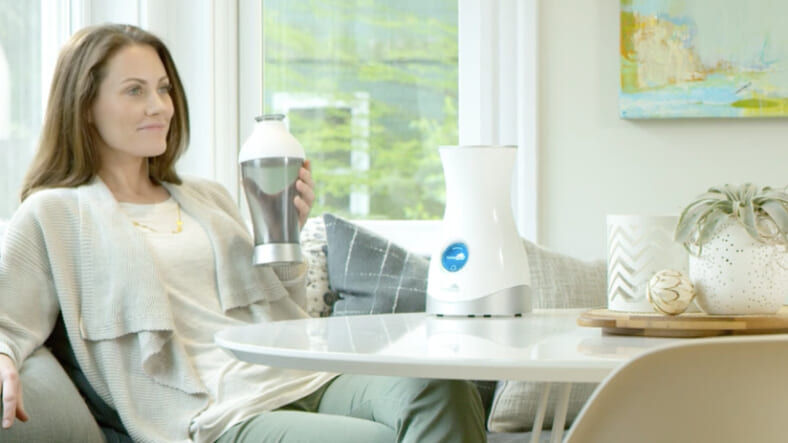 Chaired by a former Keurig executive and armed with $1.6 million in seed funding, Massachusetts-based tech startup CannaKorp plans to bring the world’s first single-use, pod based cannabis vaporizer system (they call CannaCloud) to market early next year, just a few short months after its home state votes on whether to legalize pot.They’ve already begun establishing a network of authorized cultivators, labs and distributors. Similar to how things work in the single-use coffee market, CannaKorp won’t actually come into contact with the weed itself. Instead, they’ll be leasing their behind-the-scenes packaging devices to highly vetted retail outlets, which will then create the CannaCups in various strains.From the consumer’s perspective, it’s expectedly simple to use. Just place the pod in the device, press a button and a minute later you have a clean, safe, consistent way to enjoy the medical benefits of marijuana, just like the totally chillaxed lady does in this video:

It all sounds like a great way to make Mary Jane more accessible to those who want/need to partake. But we think the company, which is based in a town called—we’re not making this up—Stoneham (pronounced like “stone ’em”) could’ve come up with a better name for the device.If we may be so bold, perhaps they’d be better off naming the product something more hip and product-y like “The Pot Pod,” “Grass Master,” “Mr. Vaper” or “Bong-o-matic.”Those unsolicited creative suggestions notwithstanding, reps for the company told Maxim that it will retail for something in the neighborhood of $149 to $179.

With that kind of pricing and pre-orders open, we’re sure this holiday the CannaCloud will be a big hit.