The Casper Glow aims to help you drift off and wake up more gently. 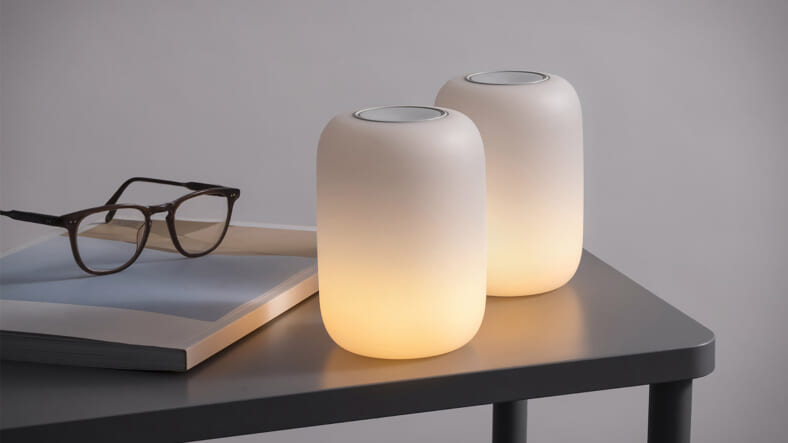 It’s been several years since Casper first shook up the sleep industry with its acclaimed foam mattresses that are delivered to your home in a cardboard box. The still-buzzy brand has since branched out from its signature “obsessively engineered” flagship Casper mattress to sheets, pillows, bedroom furniture, and even a dog bed.

But the company’s latest drop, the Casper Glow, is the first to incorporate smartphone technology as a sleep aid, and it’s already being billed as a nightlight for grownups.

The small, orb-like LED lamp is designed to sync with your body’s circadian rhythms to get on an optimal sleep schedule. The idea is the Glow’s warm light lulls you to sleep at night, while a soft light swells in the morning to wake you up as gently as possible.

You can also sync your Casper Glow with a smartphone app that allows for even more customization, including extending or shortening the time your Glow lights up in the morning or at night.

Ad Week has more details about Casper’s new gizmo, which launched this week:

“There’s a lot of science that went into this product,” he said. “Certain types of light disturb your circadian rhythms, which are incredibly important for how you fall asleep and why you stay asleep.

“And I’d argue most lights on bedside tables or nightstands today are harsh. They’re not designed to kind of aid you into your drift-off.”

The Glow’s petite size—five inches tall, three inches wide—also makes it easy to pick up and carry around, is intended to make it the ideal companion for a middle-of-the-night bathroom trip.

“It gives just enough warm light for you to accomplish that task and then get back into bed without disturbing sort of your inner body’s workings,” said Brooks.