The innovative tech evolutions we expect in the new year. 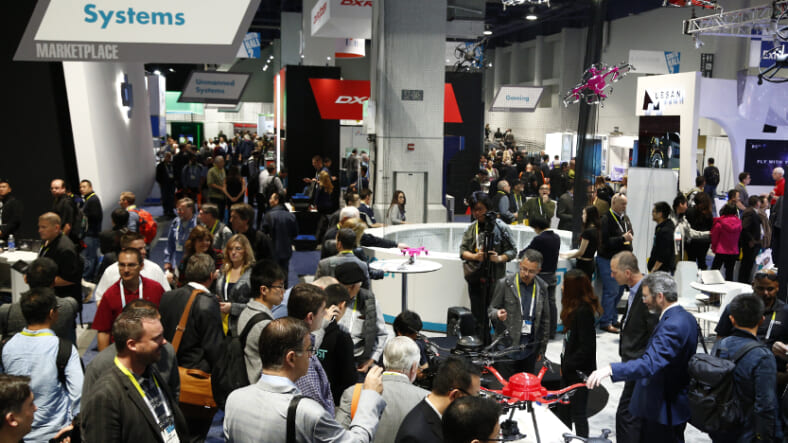 This time next week, it’ll be 2016 and we’ll be fully immersed in (and reporting on) the CES—Consumer Electronic Show— festivities in Vegas. Like with a magic act, part of the fun is allowing ourselves to be surprised and amazed by what we see. But that’s within the context of already having a pretty good idea of what’ll be there. Below, some of the things we can’t wait to get our hands on in the new year.Bigger, Better VideoJust as HD went through its paces back in the day, 4K is coming to maturity and acceptance. So at the show, we’re sure to see not only the usual spay of ginormous displays, but also ones that are curved, double-sided and sporting all sorts of other fancy features. Along with some devices to push forward the new 4K Blu-ray standard.Louder, Wider AudioThe analogous aural offerings will be more players and services in high-resolution audio. Plus lots of wireless/multi-room. In fact, if we had one wish, it’d be to see more vendors adopting fewer standards. There are like half a dozen and it’s very confusing to folks trying to cut the cord audio-wise.The Intermingling of ThingsIoT (short for “Internet of Things”) is one of the most highly overused terms (along with “wearables” and such past favorites as “high-definition,” “smart” and “3D”). More importantly, how will different technologies combine to make our lives better? We’ll be looking at what happens when 360 cameras, drones and virtual reality converge, as well as what will make our homes and cars smarter, funner places to be.Stuff We’ve Already Written AboutGetting to see real-life versions of the concepts and prototypes we hinted at in previous articles is one of the greatest parts of the show. It can be validating and informative, but also sometimes disappointing. We’re hoping the flexible E Ink band, robotic mini fingers and multi-lens camera are all the former.New ConceptsWe spend lots of time at events and parts of the show floor that showcase startups and international companies, hoping for a glimpse at any innovations that push the boundaries of what we thought tech could do. For example, maybe we’ll get a chance to play with an interactive telehaptic hologram device. Or best of all, something we haven’t heard of, seen or even conceived of before.Along the way, we’ll inevitably bump into various robots, PC and tablet hybrids, gaming tech and evolutions of other familiar technology. Throughout the show, we’ll report the best of what we see.

Whatever the future brings, we’ll be watching.