Power Anything Anywhere with This Portable Outlet

Is that a socket in your pocket? 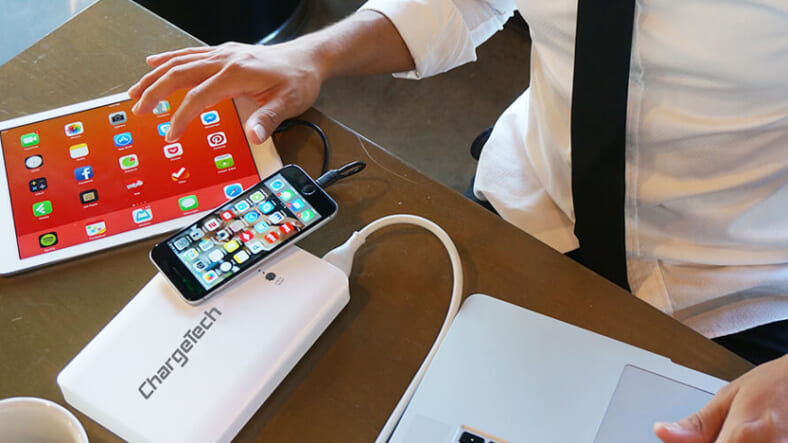 When it comes to finding ways to power your gadgets on-the-go, there’s no shortage (so to speak) of solutions—as long as there’s some kind of USB involved. But if you want to plug in a laptop, room light, power tool, medical device, printer or other appliance, up until now you’ve been limited to the kind of big, bulky power inverters you’d only use in an emergency or when car camping.Enter the aptly named Portable Power Outlet, the world’s smallest mobile outlet. It’ll run anything with a standard plug requiring 90 watts or less of AC power—and still charges multiple mobile devices (two at a time) via USB.

Following their wildly successful Indiegogo campaign, the product can be ordered directly on their website. It’s available in black or white and three ample capacities (12,000, 18,000 and 27,000 mAh) for roughly their crowdfunding prices ($85, $115 and $185, respectively).Whichever one you choose will free you from having to voluntarily sit on another dirty airport floor just to be close to a damn wall outlet.