Just Slip Your Phone into This Leather Sleeve to Charge It

Finally, a wireless charger as classy as you are. 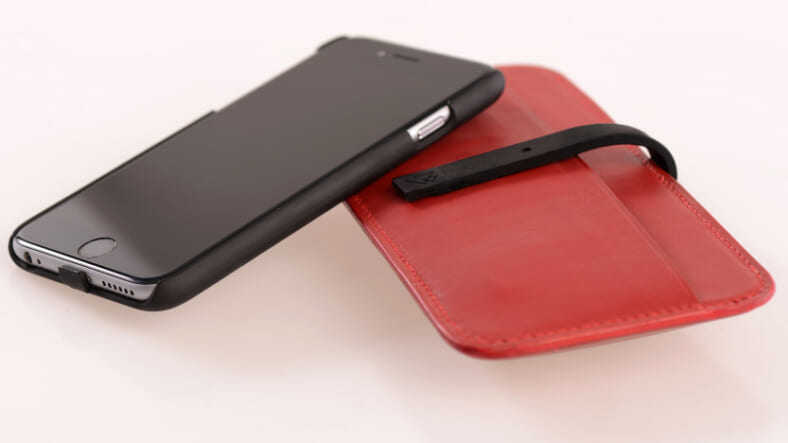 Today we bring you a wireless charging solution that’s elegant on two levels. On the first, De Rigueur’s Connected Sleeve is made from fine Italian leather. But it’s a CES Innovation Award winner because of how craftily it connects your phone to power wherever you are.It has a built-in battery, so you can either just slip your Qi-enabled phone (it’s not just for iPhones) inside when you’re on the move, or lay it right on top when you’re not. Either way, charging your phone wirelessly in this way can potentially triple its power life.You charge the sleeve’s battery in turn either by attaching the thin USB connector built into its elastomer strap to a power source, or by docking the sleeve itself atop a wireless charger. Its companion app lets you know how charged the sleeve is.

Even though the crowdfunding campaign kicked off only yesterday, it’s already blown through its super earlybird and gotten almost a third of the way to its goal. But you can still nab an earlybird for about $145 (half off the expected retail), with delivery planned for summer.