This Is the Hovering Bluetooth Speaker You’ve Been Waiting For 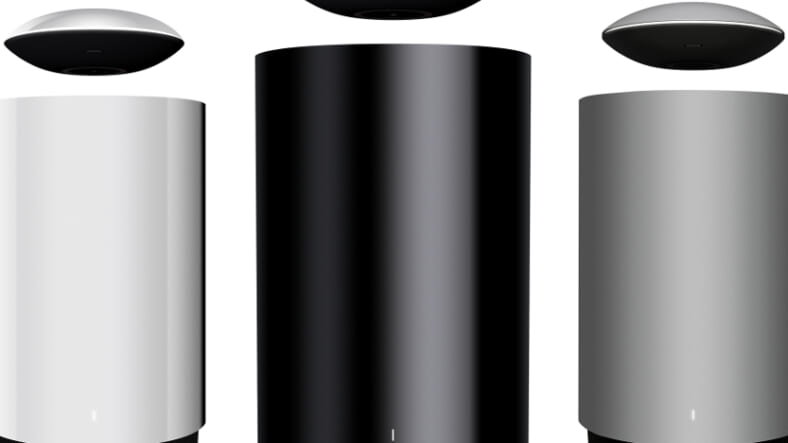 Above and beyond the novelty of automatically levitating, Crazybaby’s Mars Bluetooth speaker truly speaks volumes. It’s well-designed, looks sleek and futuristic, and produces outstanding audio. But before we gush too much, let’s take a quick step back in hovering speaker history.Billed as the first levitating speaker, the Deathstar-like Om/One was 7X funded on Tilt back in 2014, went through some “growing pains” and is now sold for 40% off at ThinkGeek. And ASWY Electronics has conceived three Air Speaker models, but hasn’t actually produced one yet.So when we found Crazybaby on the #CES2016 show floor last week, we were stoked not only to see it, but to know that it’s actually available on Amazon ($299 for black, $329 for white or space grey).

The five-inch saucer (or “craft,” as they call it) functions as a separate portable—not to mention waterproof—speaker. When it drops below 20% power while hovering, it automatically drops to the base for immediate charging. By the way, the same magnetic ring that allows it both to hover and charge also allows it to conveniently stick to metallic surfaces such as fridges and bikes.In addition to tons of bass and a way to charge the saucer, the base provides an aux in port and two USB charging ports. Once fully charged, the base itself doesn’t need to be plugged in, so it’s plenty portable around the house, providing loud and clear 360 sound wherever you place it.Last but not least, through the companion Android or iOS app, you can adjust the brightness and pattern of the lights that swirl ’round the saucer; manually levitate it up or down; adjust the system’s equalization; and even pair another Mars for truly wireless and stellar stereo sound.Bottom line: Even if the speaker didn’t float, we’d still highly recommend this high fidelity system. It’s more than sufficient for rocking an office or small- to medium-sized party.