The best friend a Terminator could ever have. 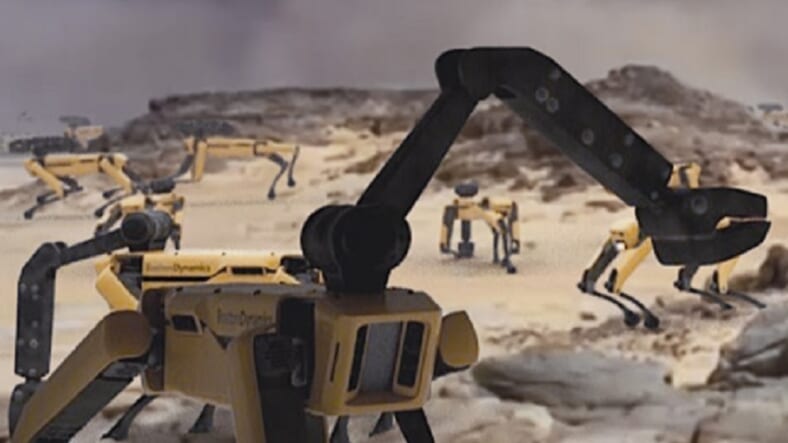 We’ve seen these Spot Mini robot dogs from Boston Dynamics being helpful. We’ve seen them fighting human interference. Now someone’s created a CGI video showing what it’d be like if they just took over the world, complete with Planet Earth-style narration.

Admittedly, this is more funny than scary, but it makes you think.

The viral video was created by Nixolas, animators specializing in crowd scenes. No word on why it was created, just this from the caption:

Discover the near future where BostonDynamic’s SpotMinis have taken over, and all other signs of life has been eradicated. Found in herds, the SpotMini scavenges what it can find in the uninhabitable wasteland we once called Earth.

We’re not sure what a robot dog would scavenge for an energy source on a depleted planet. Robot cats?

The good thing is that if this actually happened, at least the Terminators would have pets.

For now, though, it’s just for fun, made on computers. Hope that it stays that way.