DARPA Is About to Launch Their 130-foot Submarine-Hunting Drone 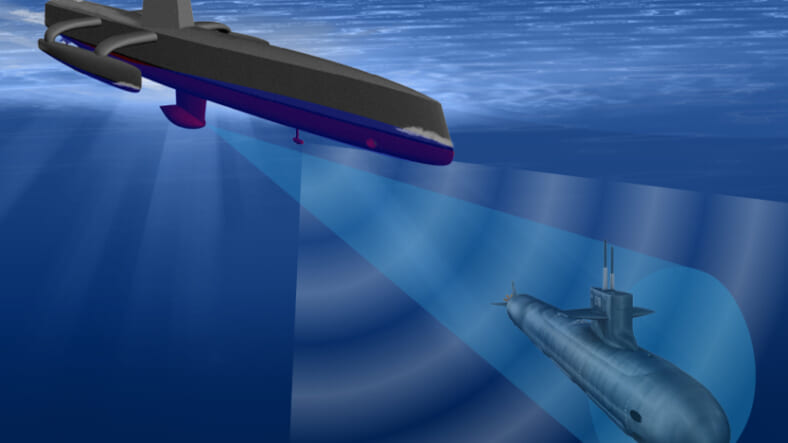 For the last eighteen months, the U.S. Military’s DARPA has been constructing an anti-submarine ship called ACTUV near Portland, Oregon. At approximately 130 feet and 140 tons, this “Sea Hunter” will be the largest autonomous, unmanned vessel, when they launch it in on April 7th.During eighteen months of testing, the Office of Naval Research and Space and Naval Warfare Systems Command agencies will assess the crewless surface vehicle’s long-range capabilities. Although its primary mission will be to surveil stealthy submarines for months at a time, it could also be used to detect mines and (with ample cargo space) resupply other ships.The fact that it’s autonomous and won’t have a single human aboard has a few interesting implications. First, it will still need to navigate safely, following the laws of the sea and avoiding unintended collisions. Second, it will need to—as the military puts it—be able to respond appropriately in “interactions with an intelligent adversary.” And third, it will be able to operate for months at a time, for roughly 40 times less than a manned destroyer.This concept video—which we think would’ve sounded much cooler with Glenn Frey‘s Smuggler’s Blues playing in the background—depicts some of its basic operations:

Lastly, in a bit of make-believe controversy surrounding the early April launch event, Relay (the room-service robot) and R2D2 have both indicated interest in delivering the christening’s champagne bottle, but neither have been confirmed. BB-8 could not be reached for comment.