DARPA’s New Drone Plane Could Be a Total Game-Changer 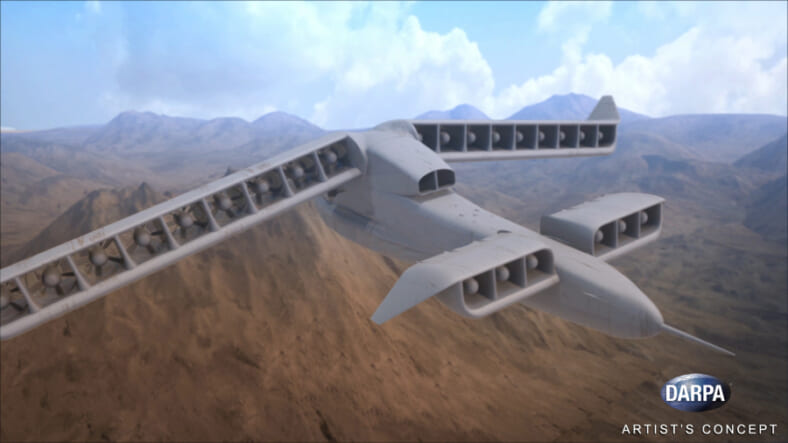 Similar to why weight lifters don’t make good sprinters or marathoners, planes made to muscle a vertical takeoff have previously been lacking in the speed and range departments.That’s why in 2013, the Defense Advanced Research Projects Agency created an experimental program to develop the next generation of vertical takeoff and landing aircraft (VTOL X-Plane). The following year as part of Phase 1, they gave four companies a shot at the design. And just this month they awarded Aurora Flight Sciences the contract to move on with Phase 2.

Aurora’s unmanned LightningStrike design integrates two dozen hybrid-electric fans spread across two fully tilting wings—the wider one in the back and narrower one in the front—aimed at the holy grail of aerospace: vastly improving efficiency in both hovering and high-speed flight.

If successful in hitting milestones along the way, Aurora and DARPA hope to flight test the VTOL-X in two years’ time, to see if they can truly create a craft that’s as maneuverable as a helicopter and faster than a v-22 Osprey, with range to spare.