May the Fourth be with you. 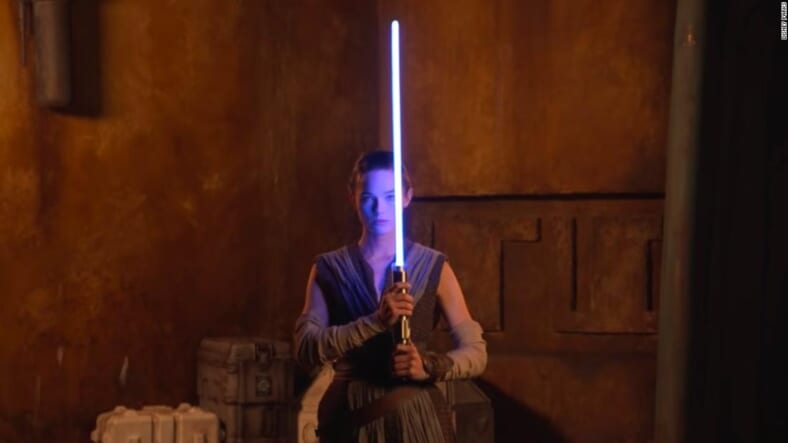 In honor of Star Wars Day, celebrated annually on May 4 with the punny slogan, “May the Fourth be with you,” Disney has unveiled a “real” lightsaber that’s definitely more convincing than those backlit plastic toys sold at Walmart.

The teaser video above shows a design featuring a retractable light-up blade that extends out from what appears be to be a stainless-steel hilt to mimic the buzzing energy blade phenomenon seen in the long-running intergalactic franchise.

Not many other details were announced, but the Verge took a look at Disney’s patent filings and reports that the Jedi-inspired device works somewhat like a motorized plastic tape measure illuminated by LEDs to achieve the ignition effect.

The fictional toy weaponry was announced to promote Disney’s upcoming Star Wars: Galactic Starcruiser hotel. Upon opening in 2022, the resort will offer two-night vacation packages that promise to immerse guests in Star Wars experiences with a lightsaber training course, dining in a Crown of Corellia room inspired by the eponymous planet, two water parks, and other out-of-this world amenities.

There’s no word on price for the revised lightsaber, but expect it to cost more than the $200 outgoing design.