This Robot Will Make Sure You Never Drink Alone Again

Although, we’re not sure if it’s creepier drinking with or without him. 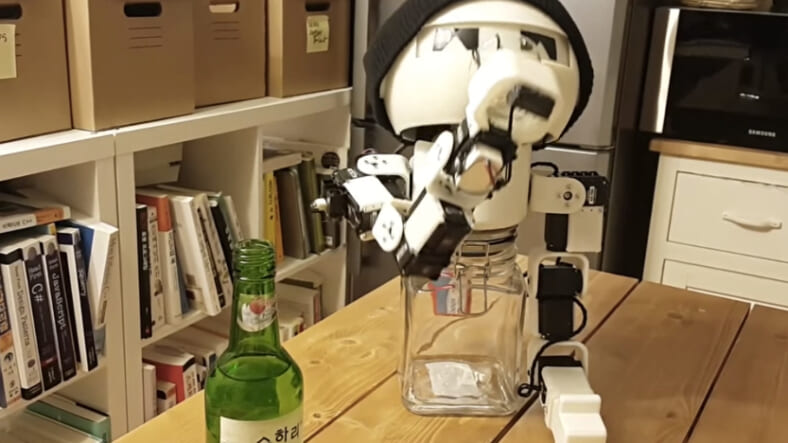 Inspired by how lonely he felt when he drank alone three Christmases ago, Korean inventor Eunchan Park invented Drinky, a robotic drinking companion. Having recently attended the Art Center Nabi‘s Robot Party in Seoul, Drinky can pound ’em like a champ.In what is arguably one of the saddest attempts at replicating human companionship, Drinky gives a fist pump, cheers and then knocks back your spirit of choice. As long as your “choice” savors bitterly of dying alone.

Although Drinky’s crimson cheeks might suggest otherwise, the best part is that the alcohol isn’t really consumed. So hopefully he won’t make any regretful choices involving himself, R2D2 and that sexy toaster in the kitchen.Hell, maybe a whole vice-minded humanoid series will be spawned. Next we suggest one called Puffy. (Just make sure to have plenty of silicone chips on hand for when Puffy inevitably gets the munchies.)