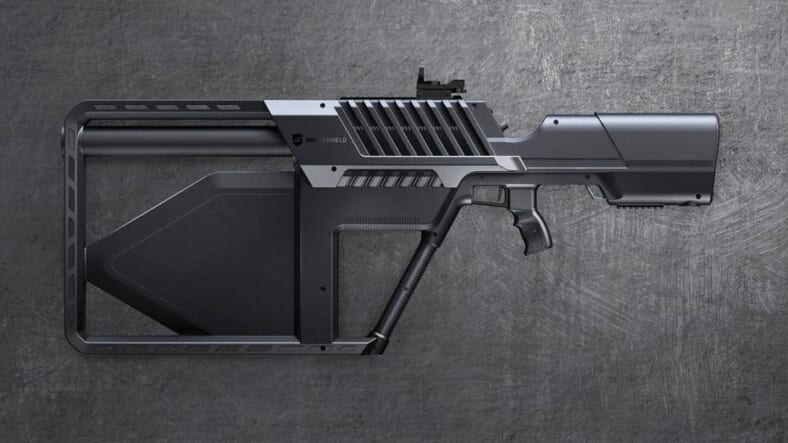 In a perfect world, you’d be able to blast annoyingly intrusive drones out of the sky with a trusty 12-gauge shotgun. But since it’s often illegal to discharge firearms in urban areas, DroneShield has a considerably safer solution.

The DroneGun Tactical can disable any RC copter, drone or other airborne ‘bot by sending out a range of jammer frequencies from up to .6 miles away.

Untrained users can “shoot” this battery-powered radiowave rifle to seize up all transmissions between a drone and its operator without damaging its target.

It’s an upgraded version of the Sydney-based tech company’s original DroneGun. Unlike it’s predecessor, the 15-pound Tactical is completely self-contained and doesn’t require users to carry a backpack full of external gear.

For now, the sale of the DroneGun Tactical for civilian use is prohibited by the Feds—lame, right? But considering it’s completely harmless, that could change soon.

In the meantime, watch Instagram baller Dan Bilzerian and his posse of hotties disable drones the old-fashioned way—with an arsenal of automatic weapons.