These Electricity-Generating Shoes May One Day Charge Your Phone

Literally the next step in mobile power. 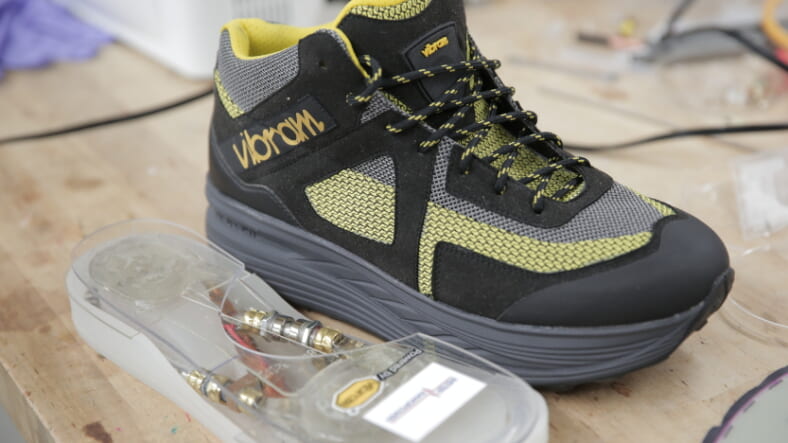 Although the concept of converting walking energy into electricity isn’t a new one, mechanical engineering researchers at the University of Wisconsin—who’ve been at it for a while—have made big progress in creating a shoe that could actually power our beloved gadgets.According to a highly technical paper they published in the fall, integrating bursting bubbles with a process they discovered called “reverse electrowetting” (which sounds like something high school guys look to avoid) allows them to create much higher power densities than previous methods. That includes the piezoelectric method, as published by this PhD and created by this enterprising 15-year old boy. And yes, we already wrote about another method, which relies on urine-filled socks. To that end, this seems like a significant improvement.This new energy harvesting method relies on some fancy (supposedly inexpensive and non-toxic) science stuff that’s hermetically sealed into the shoe in a way that’s safe and comfortable. In other words, it won’t feel squishy and you shouldn’t have to strut any differently than you already do.

In partnership with footwear mainstay Vibram, the researchers have created a company called InStep NanoPower, which speaks further to the potential for seeing this technology in actual commercially available footwear.In addition to storing electricity generated from walking, another application might be having them directly power a hotspot embedded in the shoe, which could act as a go-between to your phone, saving it all sorts of power for not having to search around for Wi-Fi.However this technology plays out, we’ll be eagerly waiting on line to get a pair. (Assuming they also feature power laces, of course.)