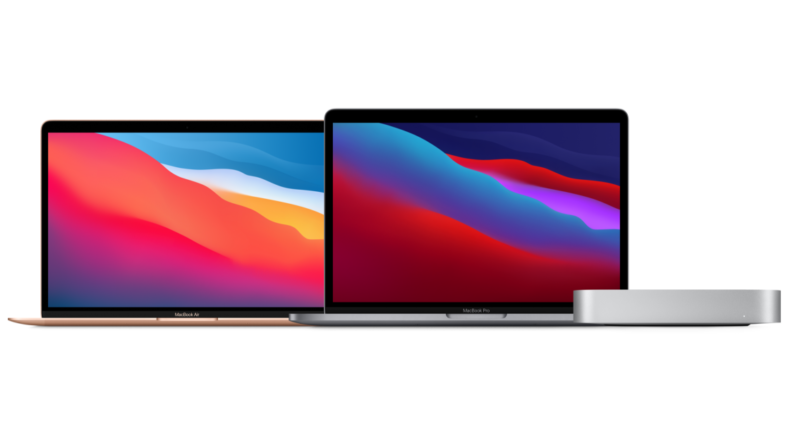 Apple’s ‘One More Thing’ event gave the computing giant an opportunity to show off the new Apple Silicon chips announced last summer. While the event didn’t use the mythical “one more thing” phrase the way Steve Jobs might have— to unveil an entirely new, unexpected and exciting product—it did tack on a slew of Apple computers to the product lineup just in time for the holiday. Here are the must-know details of the new computers featuring Apple’s own chips.

Leveraging Apple’s brand new M1 chip, the Macbook Air has been refit to be the same, uber-portable laptop but with power that’s never before been possible in such a small form factor that touts at 13.3” screen. Ostensibly three times faster than any other laptop in its class, the new Macbook Air has immediately become the laptop to have for any road warrior or traveler. The fact that it’s able to push all this power without a fan, runs completely silent and can double the battery life for every day tasks (like video conferencing), makes it an exciting prospect for anyone in the market for a casual laptop that’s powerful but without the Pro price. The Macbook Air starts at $999. Preorders start today.

Apple’s itty bitty desktop computer is a perfect destination for the new M1 chips. Like the Macbook Air, the Mac Mini doesn’t see much of a change in shape as a result of the upgrade that takes place entirely under the hood but will find new life with the extra oomph that comes from sporting Apple’s own silicon. Apple dropped the price here to $699, a price break of $100 over the previous iteration and hopes for those who don’t need a screen or Pro performance to be excited about integrating it into their setup. Preorders start today.

While many were hopeful for a revamped Macbook Pro with Apple Silicon to also include the larger 16” model, it seems that will have to wait for a future date. For now, only the 13” Pro will feature the new homegrown chips. Apple says the M1 chip will give the 13” MBP a 2.8x boost over its prior iteration. As with all the other models getting the M1 treatment, the combination of new chip and the Big Sur update to the MacOS will boost the MBP on all fronts, including battery life that will get impressively extended as a result. The 13” Macbook Pro starts at $1299 and is available for preorder now.