Would you ever use ‘Facezam’ to track down a beautiful stranger? 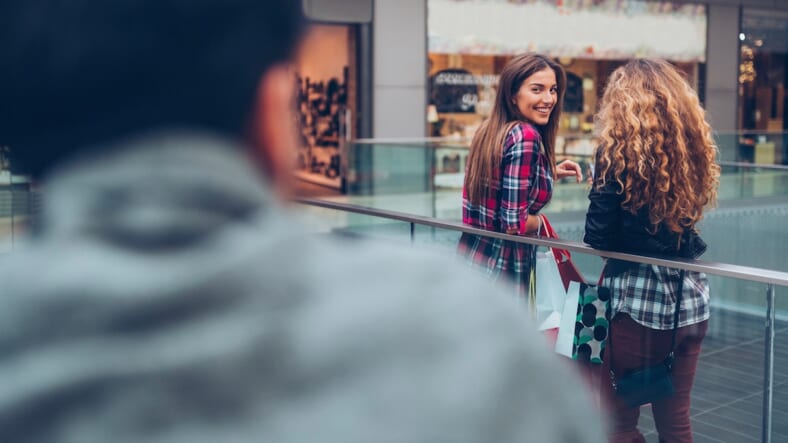 Next time you pass by a sexy stranger, rather than imagining her identity or fanciful ideas of your future life together, simply snap her photo and track down her Facebook. Hey, it’s not creepy or invasive at all!

A new app developed by British entrepreneur Jack Kenyon called “Facezam” is seeking to become the Shazam of faces. While the latter lets you identify music you like through audio recognition, Facezam matches your photos of strangers with their Facebook accounts.

It works scanning billions of Facebook profile shots by second and can reportedly match up with the right out in just 10 seconds and with 70 percent accuracy.

It is an incredible testament to the efficacy of facial recognition technology, even if it destroys all public anonymity in the process. Likewise, the app is either totally creepy, or kind of intriguing, depending on whether you’re the one being messaged by a stranger who took your picture, or trying to break the ice with a hot stranger you randomly snapped a pic of.

“Facezam could be the end of our anonymous societies,” Kenyon told the London Telegraph. “Users will be able to identify anyone within a matter of seconds, which means privacy will no longer exist in public society.”

But Kenyon thinks this serves some greater purpose than simply allowing shy guys and gals to cyber-stalk their crushes. He told the Telegraph it will reduce crime by turning anyone with a smartphone into a watchdog who can identify suspect characters.

And hey, if you want to remain totally anonymous, you can always just deactivate your Facebook.

The app will launch on March 21 on iOS if Facebook does not entirely kill the idea. While Facezam claims it is in accordance with Facebook’s privacy policy, the social-networking site has released a statement stating the contrary:

“This activity violates our terms and we’re reaching out to the developer to ensure they bring their app into compliance.”

Anyways, who’s up for an episode of Black Mirror?