Austin BBQ legend Aaron Franklin says his pits are built for “purists who want to take their craft to the next level.” 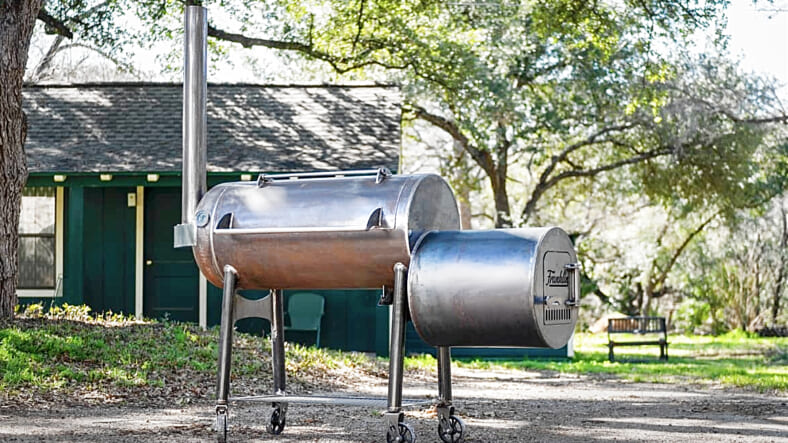 Franklin has also won regional awards usually only given to chefs, written books with titles like A Meat-Smoking Manifesto and has his own series of Master Classes on the art of the ‘cue.

So Franklin knows what he’s doing, and more than that, he definitely gives a damn about teaching people how to make good barbecue. Franklin says his handmade-in-Austin pits are  built for “BBQ purists who want to take their craft to the next level.”

“They are built with purpose,” Franklin writes on his website. “They are the result of everything I’ve learned and all the happy accidents I’ve made over the years. But my pits don’t cook on their own. They need you. They need your hard work, your passion, your patience and your craft. Give them that, and they’ll reward you every single time.”

According to the Washington Post, Franklin’s hallowed pits are the culmination of years of planning. “We move pretty slow around here,” he explained, “Plus, we have some other projects going on.”

Details for the Franklin Barbecue Pit are as impressive as you might think:

Franklin’s pits are available in a powder-coat finish as well as steel.

Franklin Barbecue Pits aren’t cheap–they retail for $2,950. But demand is still so high that there’s a waiting list at franklinbbqpits.com.