How, When, and Why Digital Tattoos Will Become a Reality

The future of tech is about to get personal. 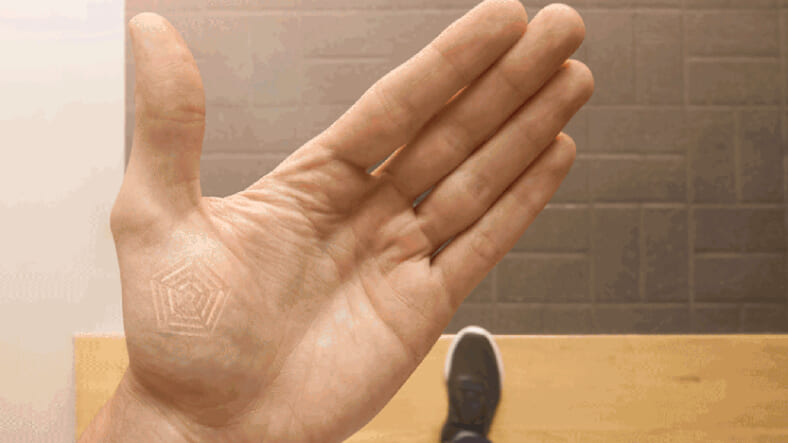 Although it may seem like the stuff of science fiction (or nightmares), implanting “wearable” electronics on or under your skin may soon become a reality.This isn’t just about outliers, like the guy who implanted headphones in his ears or that other guy with a flash drive in his prosthetic finger. The folks driving these initiatives are fairly mainstream, though their futuristic take on personal electronics may seem provocative—or downright repulsive.One biohacking concept is called Project Underskin, headed by Gadi Amit, the same designer behind such popular game-changing lifestyle technology as Fitbit, the Lytro camera and Google’s Project Ara. In a Wired Health talk last year, he outlined a vision for what he called an “introvert user interface” that displayed contextual symbols with meaning only to the wearer and could be used in a variety of financial, relational and other transactions. Above the skin, the “humble gods” at creative development agency Chaotic Moon have designs on components strategically strewn amongst conductive paint right on your person. These tech tats have a couple of immediately powerful applications. Such “biowearables” could be used in place of an annual physical to monitor medical data and keep your doctor appraised. Or in banking, as a more foolproof digital wallet. (Kind of gives new meaning to the term “paying in person.”)

Hey, maybe ink and piercings aren’t your thing. But admit it, you feel your phone and other devices are basically an extension of you at this point. You’re lost without them. So why not literally make them a part of you? What’s the worst that could happen?When might this all happen? It’s already happening. Amit has heard from those amongst a growing underground movement who’ve already embedded chips in themselves with Bitcoin and RFID functionality. Moving forward, he posits, “The technology’s not far-fetched and we assume it’s about five years from being real.”