Crank this city-smashing axe up to 11. 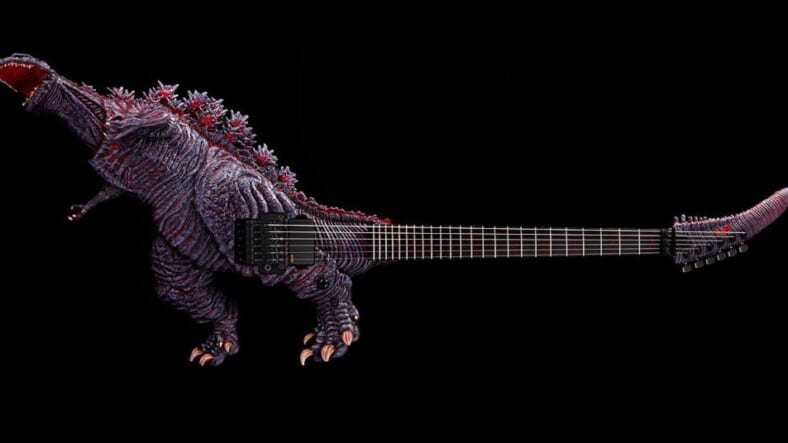 The Tokyo-based guitar giant started with an alder wood body that was meticulously crafted to resemble the towering, city-smashing reptile as it was portrayed in 2016’s Japanese kaiju movie Shin Godzilla, complete with a shrieking, toothy mouth.

When shredders really want to activate some star power, there’s a switch that activates a series of purple LED lights. The feature is meant channel the radioactive glow Godzilla gets right before it lets out a blast of havoc-wreaking “atomic breath.”

Only five of these Godzilla Guitars will be sold for a price that’s as tall as the 393-foot lizard itself: $52,500 apiece.

Visit the Godzilla Store online to place an order before the September 30 deadline.