These Wireless Earbuds Can Control all the Sound Around You 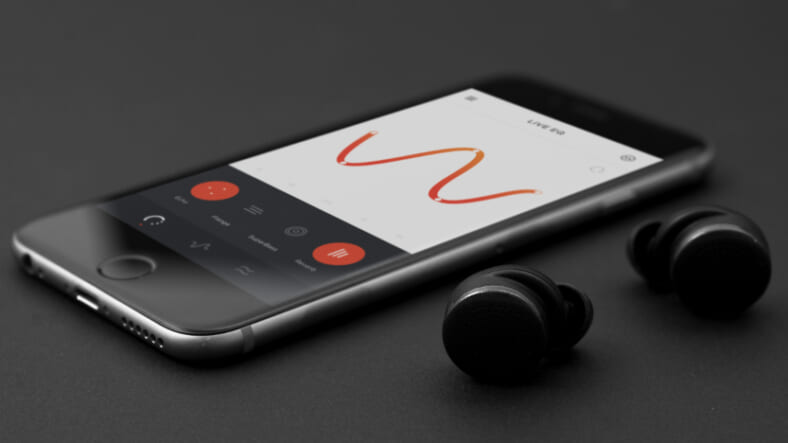 Until there’s a powerful remote you can point at people and objects to individually control what sounds they emit, this reporter is officially on record as saying that the Here Active Listening system is the best way to personalize how you hear the world.It starts with a pair of wireless earbuds you pair to your phone. They’re not earphones, cause they don’t just play music. They digitally process the sound around you and imperceptibly quickly—in less than 30 millionths of a second—deliver it back how you want.So if you’re at a festival, concert or club and want to boost the bass, add reverb or echo, there are buttons for those (and other effects). The app can also automatically make it sound like you’re in a small studio, Carnegie Hall or a stadium. Or make stuff (music, you singing and/or just the noise around you) sound psychedelic, totally flat or other presets. Even better, you can simply drag to fine-tune the exact balance you want with a live five-level equalizer.

In addition to adding special effects to enhance environmental sound, you can also knock it out. One dial lets you selectively tune down the volume of your environment by up to an impressive 22 decibels. And there are presets geared to canceling noise specific to a plane, office, restaurant, etc.If your daily routine involves mass transportation, walking to an office and working amongst others, these buds are a godsend. And if you’re listening to live (or really any) music, they add to the experience in an innovative and easy way.

Following a wildly successful Kickstarter campaign last summer, they began shipping to backers this month.Although you’re welcome to join the waitlist—which Doppler recently told Maxim numbers over 70,000—you might be able to get them quicker if you’re headed to Coachella next month. They have an exclusive offer for that festival’s attendees to reserve a set of Here buds for $199 using a special activation code.Following feedback they receive at that show, Doppler’s gonna head back to the labs, retool as necessary and is planning to offer a finalized product to the public at the end of the year, for a price as yet to be determined.