This Hydrogen-Powered Drone Could Change Aviation as We Know It

Great news for anyone who likes to fly. 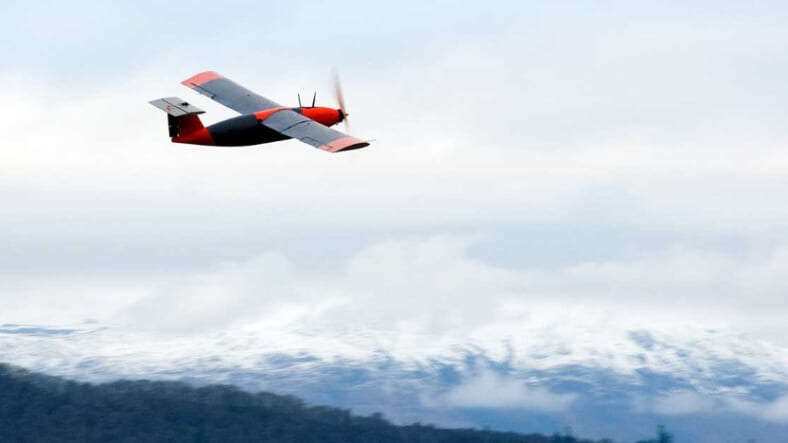 What do sex and drones have in common? With both, your goal is to keep it up as long as possible. That goes for whether you’re racing, photographing or just playing. (In this case, we’re primarily talking about the drone.) And that’s where hydrogen can help.Funded by a grant from Innovate UK, British energy specialists Cella and Arcola designed and built a fuel system for a Raptor E1 unmanned aerial vehicle based on gently warming solid, lightweight pellets to release an adequate stream of hydrogen gas. The Scottish Association for Marine Science (SAMS) successfully test-flew the hydro-powered fixed-wing drone just a few weeks ago.It’s perfectly stable under normal conditions and clean for the environment. Plus (speaking to our introductory point) it enables longer flying times, partially because the system’s up to three times lighter than similar-sized lithium batteries. And as a bonus, it can operate in extreme cold.

This last point is an important one, not just for drone enthusiasts who live in places like Minnesota, Maine and Alaska. According to Cella’s CEO, Alex Sorokin, “It is growing rapidly and users are in desperate need of a power source that can outperform existing technologies in sectors ranging from emergency services to companies wanting to survey or map their infrastructure.”In other words, this technology could (literally) fuel several important commercial applications, including aerospace. To that end, Cella’s working with manufacturers such as Safran and Airbus to ensure the safety, performance and certification requirements are up to snuff for the future of air travel.Who knows? Maybe someday soon we’ll be flying thanks to what they’ve learned from using the hydrogen pellets in this relatively small prototype.