Turn napping in public into an art form. 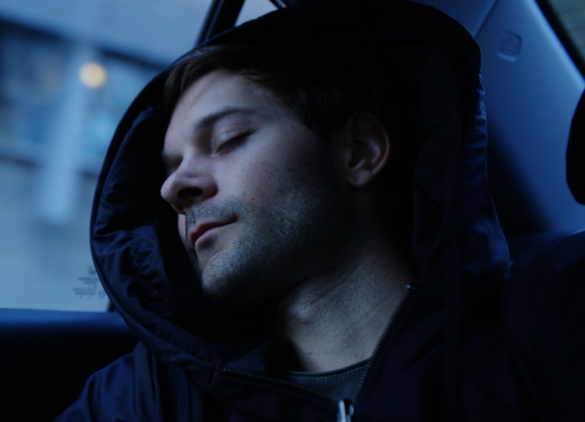 Fuck your neck pillow. Seriously dude, it’s about as hip as a fanny pack. Hypnos has hidden a comfortable inflatable cushion inside a not-horribly unattractive hoodie, so you can nap anywhere you like without lugging around an extremely inconvenient accessory.Although we haven’t had the pleasure of trying out one, it looks like it’s well-designed with sturdy material. And like the added benefit of getting well-needed rest whenever/wherever doesn’t come at the cost of making it look ridiculous either when the built-in pillow’s inflated or not.

Nearly 2X funded on Kickstarter, you can nab one for starting at $49 in several styles, including pullover or zip-up, relaxed or fitted, and versions for women or kids.In case anyone from Hypnos’ R&D team happens to be reading this, a couple of thoughts for the 2.0 version: Incorporate sensors that 1) automatically inflate the pillow to help curb snoring and/or 2) detect cycling collisions and automatically turn your hood into an airbag. Not that the pillow hoodie isn’t genius on its own. We’re just sayin’.