The Ataribox is no longer the only O.G. system in town. 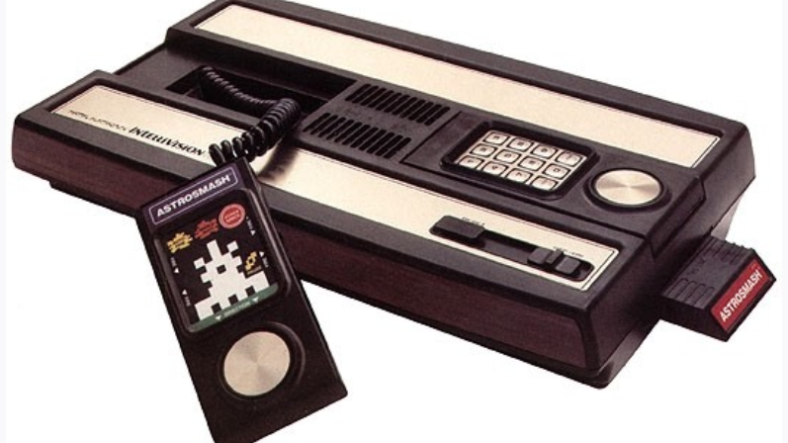 As game makers of a certain age gain creative input, they apparently aren’t one bit shy about re-upping their faves from ’80s, really leaning in to the whole retro gaming craze. Like Intellivision, which was the height of video game tech—in 1982.

If you don’t believe this is a real trend, then you should know that Atari is up and running and you can pre-order their “retro-inspired” Ataribox.

Learn from Intellivision itself what’s going on, via their site:

Intellivision® Entertainment is proud to announce that it will bring the concept of SIMPLE, AFFORDABLE, FAMILY & FUN back into homes across the world with the introduction of a brand new home video game console. The original Intellivision system brought many “firsts” to the video game industry including the first 16-bit gaming machine, the first gaming console to offer digital distribution, the first to bring speech/voice to games, the first to license professional sports leagues and organizations and the first to be a dedicated game console and home computer. Originally released in 1979, due to its popularity it was remarkably retailed across 3 decades and quickly sold millions of units. The new Intellivision system (name TBA) will carry on the company tradition of “firsts” with its new concept, design and approach to gaming.

That does sound appealing. As to why any company is going this direction; the contention that ’80s kids are now in charge is pretty much proven by the press release quoted above. Apparently Tommy Tallarico, the President of Intellivision Entertainment, is reaching back to his own great memories.

“I grew up playing Intellivision with my parents and younger brother,“ he says. Tallarico also says the Intellivision was his “favorite system because the games were cutting edge, yet fun and simple to play so our entire family could enjoy them together.”

The company is dead serious about making this system in the spirit of the original, as it also says “Original Intellivision team members will also play important roles in the creation, development, software and design of the new platform.”

If we’re going to keep revamping and rebooting iconic 80s tech and media, someone needs to bring back the Betamax and fire up the old Commodore 64 assembly line. Let’s double down.

We’ll know a lot more about the new Intellivision system in October this year.