There’s an iPhone Glitch That’s Driving Everyone Bonkers, And Here’s How to Fix It

It’s easier than waiting for Apple to solve it. 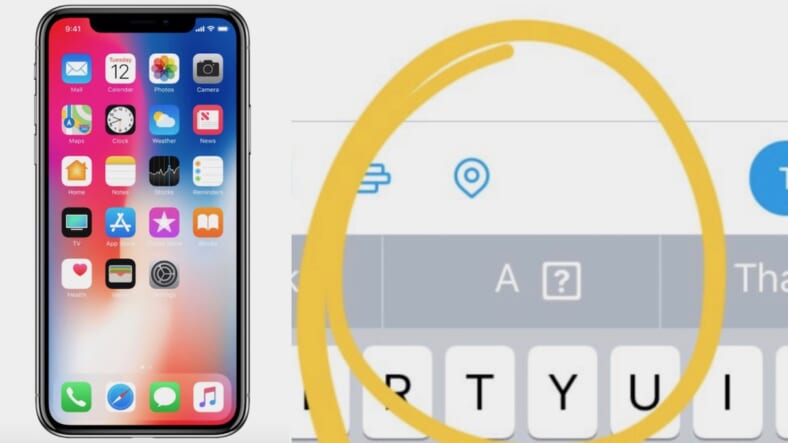 Like a sudden outbreak of a viral disease, iPhone users have suddenly been hit by an annoying (nay, infuriating) new glitch.

Every time they go to type “I,” which happens a lot in these narcissistic times of ours, autocorrect suddenly fixed it to an inscrutable string of characters, something like “A[?].”

Hi @Apple. I HATE this bug that turns my “I️”s into the thing. It’s annoying. I️ — it’s annoying for EVERYONE. Please fix it @AppleSupport. pic.twitter.com/ss0l8vnbBN

This cropped up after Apple pushed their latest iOS 11.1 update on everyone, like Ingsoc forcibly rewriting the language of the masses.

Even after correcting the “auto-correct,” oftentimes the message is still delivered with said string of random characters instead of I.

In any event, it’s driving everyone fucking nuts and souring otherwise pleasant exchanges between loved ones and new Tinder beaus.

Aye can y’all fix this bug ASAP @Apple?! I need my “I’s” to not look like this: I️. Thanks

Apple claims to be on the case and has offered a stopgap solution on its “Apple Support” page:

Go to Settings > General > Keyboard > Text Replacement.Tap +.For Phrase, type an upper-case “I”. For Shortcut, type a lower-case “i.”

There you have it. Go forth and message about yourselves in peace.

This doesn’t make us particularly excited to run out and pay $1,000 on a easily-shattering iPhone X, which The Telegraph called “Apple’s most breakable phone ever.”

Tests conclude that iPhone X screen, Face ID and glass back are vulnerable to damage if dropped