An answer to the question you’ve been asking for 20 years. 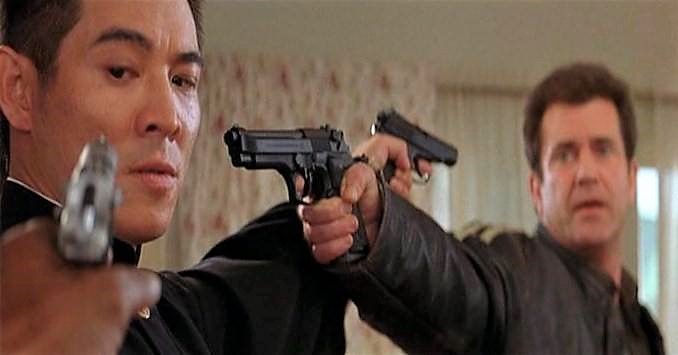 In 1998’s Lethal Weapon 4, Jet Li pulls the slide straight off of Mel Gibson’s Beretta 92 FS—also known by the military designation “M9″—in a fraction of a second.

It looks like some Hollywood horseshit, but an expert from Rock Island Auction Company says it’s totally doable.

To pull off the “Jet Li Maneuver,” you need to depress the disassembly latch release button while simultaneously working the disassembly lever on the opposite side of the pistol. The slide can then be removed from the frame of the Italian-made firearm.

The expert then demonstrates how it can be done with one hand while being held at gun point.

Granted, Jet Li had a head start in his scene. The pistol’s disassembly lever was already in the down position, so all he really had to do was grab and pull.

It’s a pretty cool trick; just make sure the chamber is empty.