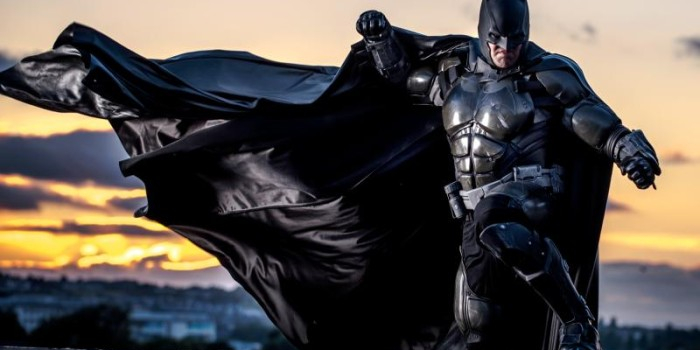 As a movie and TV special effects wizard, Julian Checkley of Order 66 Creatures and Effects had a slight edge over the average Batman fan in crafting a suit worthy of the Dark Knight himself.But even given that, the stunning suit he made—in the brazen style of Arkham Origins—is pretty phenomenal. In fact, it’s tricked out enough to earn him a spot in the Guinness World Records 2017 Gamer’s Edition. Check it all out in this video:

In the cosplay suit’s (ahem) battery of 23 working gadgets Checkley has packed a grapnel gun, four-barrel fireball shooter and EMP stun gun, along with dual video screens on the gauntlet and a bevy of other helpful devices to elude, apprehend and detect, as the case may be.Oh yeah, and a Bat Flask. Cause you know our boy has issues…