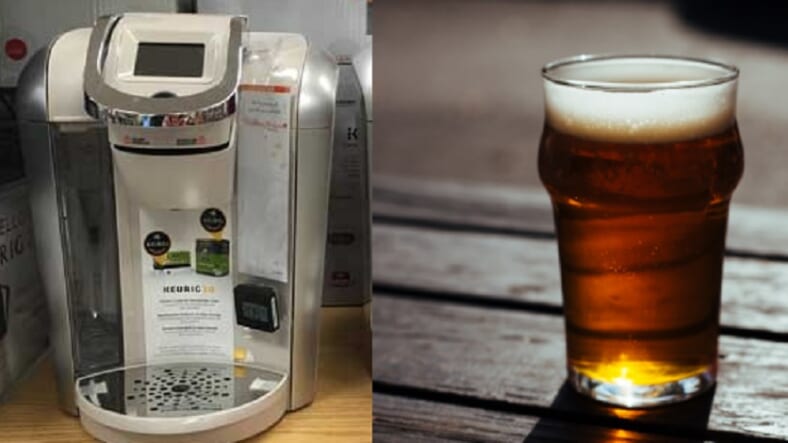 Where would the groggy early riser be without the quick convenience of single-brew coffee makers? The k-cup has been a real lifesaver and has become sort of a symbol of modern in-home convenience. Coffee‘s great, but what if you could just pop a Bud k-cup in a beer brewer and drink up? Looks like folks at Keurig and Anheuser Busch-Inbev have thought about this and may be working to make it happen.

Mashable reported on the announcement that the companies were cooperating and followed up with the most pertinent info to anyone who’d love this kitchen hack:

While the announcement doesn’t elaborate much on what such a system might look like, it does say it will build off of the technology used in Keurig’s failed Kold soda machine and focus on beer, cocktails and other alcoholic beverages.

As Mashable noted, Keurig has been seeking to expand its market footprint. Unfortunately there’s been a move away from the k-cup to make morning coffee and other attempts by the company to grab new users — soup cups, for example — haven’t gone so well.

Plenty of research, however, indicates that booze-related home products do very well, as there’s been a trend away from drinking at bars, with people opting to cocoon and set up their own personal bars at home.

We have no idea how a beer k-cup might work on the technical end, but we’d be happy to give it a shot if Keurig and Anheuser get this off the ground. Now if they could only figure out a way to get a dead, stuffed squirrel into the mix.