Kodak Just Dropped a Smartphone Made Especially For Photographers

The fabled camera company may have created the best camera for any smartphone ever. 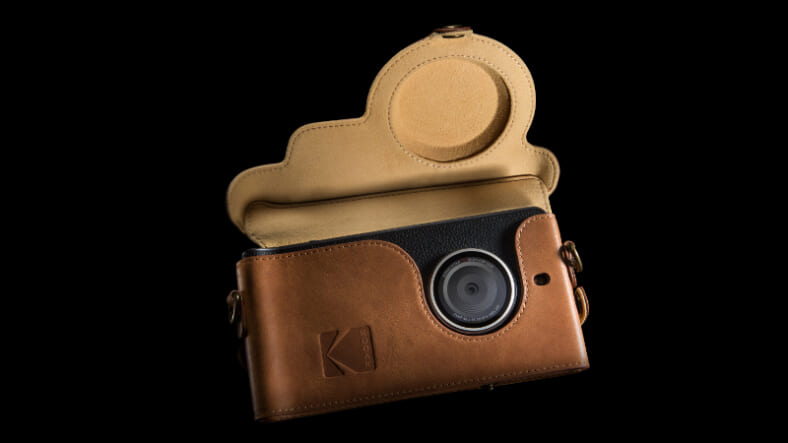 What do Kodak, Caterpillar and Land Rover all have in common? Thanks to the consumer electronics producers at Bullitt Group, they all “make” (lend their names to) smartphones.As befitting the Kodak brand, their Ektra phone aspires to be a photographer’s dream, with a vintage camera’s look and texture morphed into a smartphone’s modern, sleek body. Its specs and features are sure to take your mobile photo game to the next level.

On the software side, a familiar on-screen, haptic version of the controls found on SLRs lets you adjust scene settings. Different grains, vignettes and Super 8 filters let you get creative in capturing your images. And a built-in editing app enables you to get your shots just the way you want, before sharing them via the integrated social media apps.

Hey, even though the first Ektra film camera came out 75 years ago and it’s been several years since Kodak pictures spots vanished from Disneyland, it appears the Kodak photography brand lives on in this solid phone, which will debut in Europe later this year for the equivalent of about $550.