“The whole person will be set on fire.” 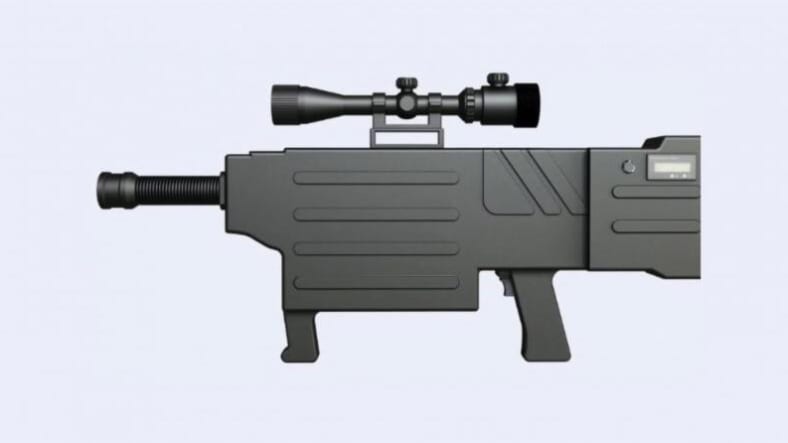 Chinese scientists at the Xian Institute of Optics and Precision Mechanics have developed a fully functioning prototype of the “ZKZM-500 laser assault rifle.”

The 15mm caliber weapon is being compared to an AK-47 because of its similar 6.6-lb weight, but it’s firepower capabilities sound like something straight out of a sci-fi movie.

According to researchers who wish to remain anonymous, the ZKZM-500 fires an energy beam undetectable to the human eye that can pass through glass and cause the “instant carbonization” of human flesh from half a mile away.

China’s police now have laser rifles that can ‘set a whole person on fire’ up to a kilometre away https://t.co/iKjR05wRab

“The pain will be beyond endurance,” one researcher said. “[It can] burn through clothes in a split second. If the fabric is flammable, the whole person will be set on fire”.

“Nobody will know where the attack came from,” another anonymous researcher added. “It will look like an accident.”

Each will cost $15,000 to manufacture at large-scale production and can fire 1,000 “shots” on a single charge from a lithium ion battery.

Though it clearly has deadly potential, the ZKZM-500 also has “non-lethal” applications.

In the event of a hostage situation it could be used to fire through windows at targets and temporarily disable the kidnappers while other units move in to rescue their captives.

It could also be used in covert military operations. The beam is powerful enough to burn through a gas tank and ignite the fuel storage facility in a military airport.

The lasers cannot kill a target with a single shot, but if fired at a person for long enough the weapons would start to burn a hole in their body, cutting through them like a surgical knife.

Anti-terrorism squads in the Chinese Armed Police will likely be the first to test these laser guns in the field.