Why just swat insects when you can completely destroy them? 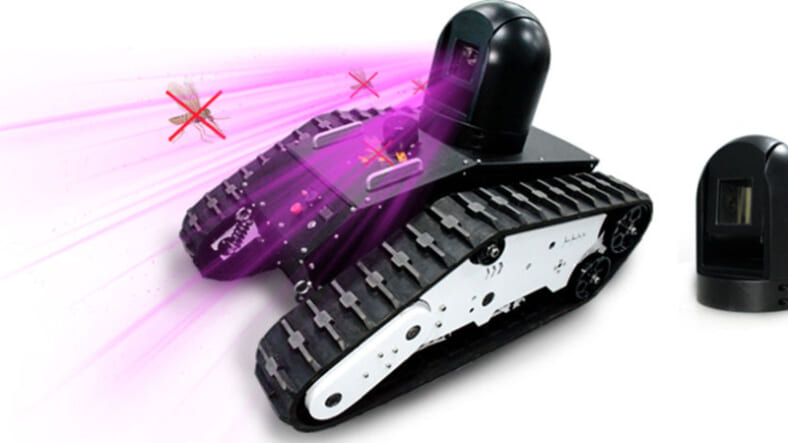 This is the stuff of bug nightmares. They’re flying along minding their business, trying to spread Zika or West Nile Disease to take down us higher mammals. Then ZAP—without warning, a laser blasts them out of the sky.That’s one idea LeiShen Intelligent Systems—an otherwise reputable Chinese defense technology company—showed off at the recent 2016 MSPO Show.More than just a proof of concept, they have honorable intentions in mind, wanting to install these in hospitals, schools and other places that would benefit greatly from fewer blood-sucking, disease-ridden pests. And while deadly to the skeeters, the lasers are safe to humans, so not to worry.We’ll keep you posted as to if/when this badass robotic tank-mounted bug destroyer will be hitting the shelves at your local Brookstone.h/t: Quill or Capture