This Futuristic Connected Bike Has a Built-In Camera, Phone, and Speaker

Oh yeah, and it shoots lasers. 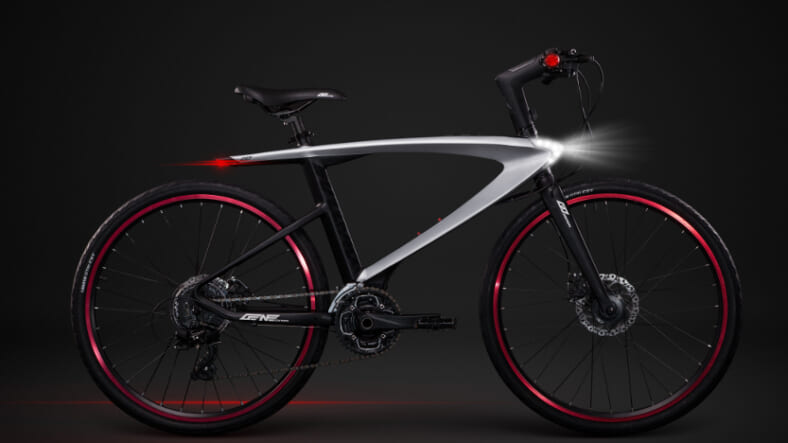 Although you might not have heard of LeEco, Fast Company recently ranked the 12-year old Chinese purveyor of phones, batteries, VR headsets, 4K TVs and other sundry tech stuff as one of the Most Innovative Companies of 2016, in large part for building what the company calls “Super Bike” (as featured briefly in the quick video below).What makes this sleek whip so super is how it integrates all sorts of cool tech. For instance, it’s got a 4G Android phone built right into its neck, so you don’t have to fumble with special cases or connectors to have touchscreen navigation and various ride stats. That includes fitness info, thanks to heartrate sensors in the handlebars. Also at your fingertips, music controls will help you adjust how loud your tunes are blasting out of the integrated speaker.Amongst its “smart” features, an ambient light sensor automatically turns on your front and rear safety lights, and activates red laser lines that run parallel to the bike a couple feet out on each side.For the safety of the bike itself, the same fingerprint sensor that unlocks the phone can disengage the electronic wheel locks. (You’ll still need to lock the bike to something sturdy to ensure it doesn’t get swiped.) Although pedaling can help power this fantastic electric ride, it can also be charged externally.

As reported by Digital Trends, this futuristic whip is already selling in China for around $800 and may be coming to the States later this year.