Its new design packs a punch. 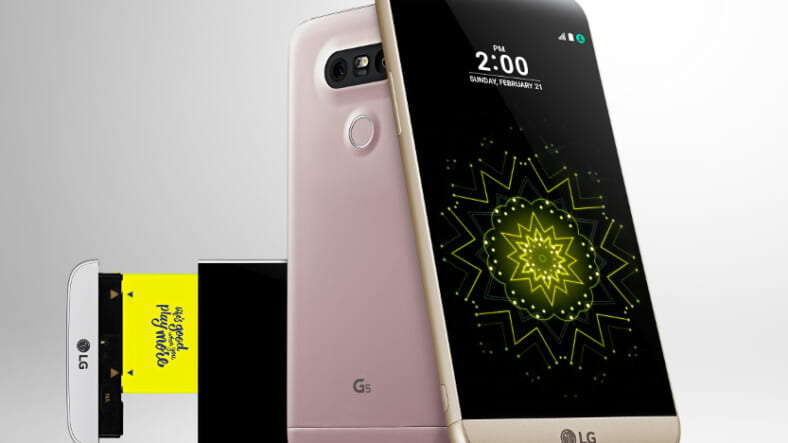 One of the most exciting pieces of news to come from Mobile World Congress in Barcelona, Spain this week arrived when LG debuted the G5, their new modular flagship smartphone. In just seconds, you can change its hardware to suit your needs. Pressing a release button near its bottom gives you quick access to its battery, which you can swap out for a fresh one. But you can also swap in a camera module that adds a comfortable shooting grip; physical buttons for power, shutter, record and zoom; and an extra 1,200 mAh of battery capacity. Or pop on a hi-fi music module developed in partnership with B&O Play that enables high-resolution audio playback.The three most notable other features are a sleek, full metal jacket; always-on display for glancing at notifications without blinding yourself; and a second rear-facing camera that captures shots wider than the human field of view.Here’s a quick 4-minute peek at those features, others and the phone’s extended family of accessories:

Or if instead of a quick, obnoxiously upbeat marketing video, you’d rather sit through a comprehensive 40-minute presentation, that’s a recording of what folks who went to the show in Barcelona saw at LG’s press event. (You’re welcome for saving you all that airfare.)