The World’s First Rollable OLED TV Is Now For Sale, But It Doesn’t Come Cheap

LG’s stunning 65-inch screen is capable of retracting fully or partially into its base. 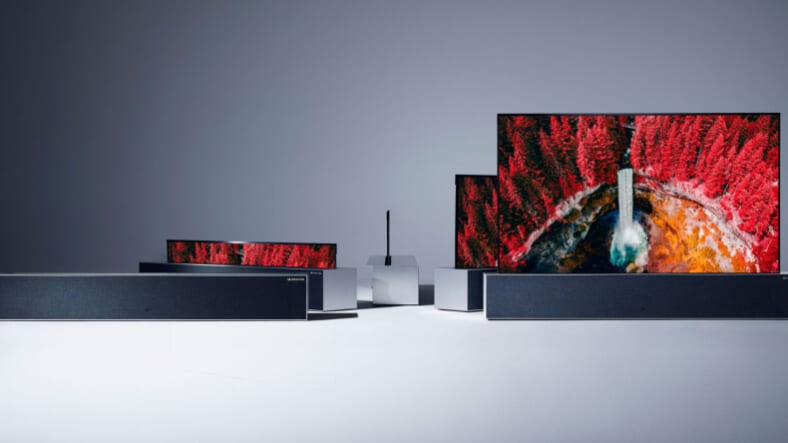 The 65-inch, flexible screen that can roll into its base arrived at seven select electronics stores in the tech giant’s home country of South Korea. The first-of-its-kind piece of home entertainment tech carries an eyewatering price tag that’s equivalent to $87,000.

Aside from the obvious benefit of being hidden when not in use, the Signature OLED R’s bending ability allows for three viewing formats with different dimensions: Full View, Line View and Zero View. The brushed aluminum casing and eye-catching and wool speaker cover by Kvadrat of Denmark are available in Signature Black, Moon Gray, Topaz Blue or Toffee Brown.

As previously reported, key features include 4K UHD resolution, support for all HDR formats, and a 100-watt, Alexa and Google Assistant-supporting speaker.

“This is a true luxury product that reimagines what television can be, said Park Hyoung-sei, president of LG Home Entertainment Company. “This unique TV delivers a differentiated user experience and a new way of thinking about space while once again confirming LG’s leadership in the premium TV market.”

The Signature OLED R follows the Signature 8K 88ZX, which won a CES 2020 Innovation Award as the largest Organic Light Emitting Diode TV in the world. Even with a $29,999 price tag, that model is currently sold out.