These Minimalist Soundbars Come With Google Assistant Baked In 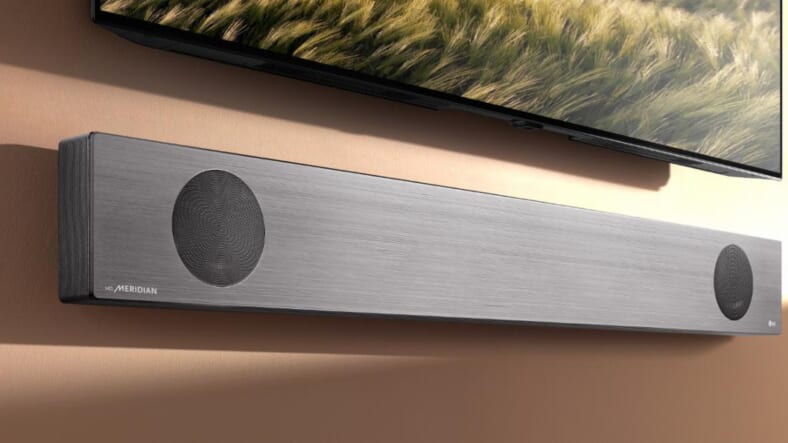 LG’s soundbars are getting smarter. The electronics giant announced the new SL10YG, SL9YG and SL8YG models to be featured at this month’s Consumer Electronics Show.

All three support both Dolby Atmos and DTS:X surround-sound platforms and can augmented with LG’s wireless rear speaker kit. Those who enjoy conversing with AI can also command the built-in Google Assistant to control any Wi-Fi enabled smart devices.

This purportedly upgrades “the clarity and vocals of lead instruments,” meaning the speakers should be equally suited to playing music and  soundtracks from movies and TV.

Plus, their thin profile, brushed metal finish and lack of unsightly buttons help the soundbars blend in perfectly to living spaces decorated in a minimalist style.