Already Over the iPhone 7? Pick Up This New Android from LG Instead

And it even has a headphone jack. 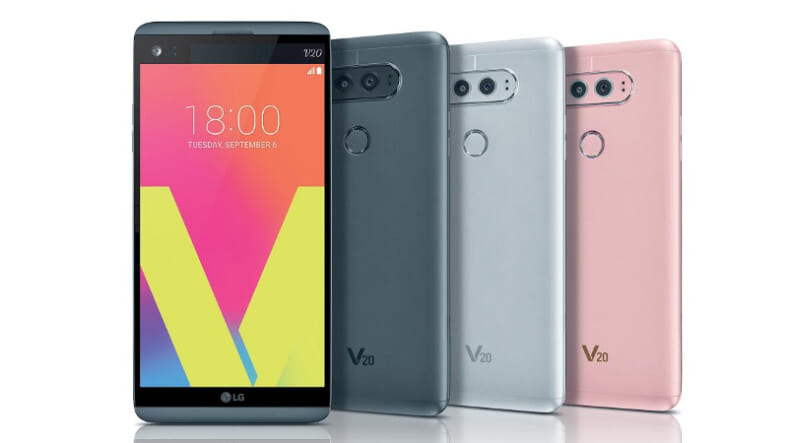 The day before yesterday’s Apple event introduced us to the iPhone 7, LG quietly announced their V20 smartphone. Could this be Android’s strongest iPhone challenger?In a way, that’s like debating who the most skilled kung fu fighter is in an unruly mob all trying to take down Bruce Lee. There’s a reason Apple—according to Tim Cook—has sold over a billion iPhones. It’s literally the most polished smartphone on the planet.

So let’s run down what the V20’s got going for it…It’s the first smartphone to run Android 7.0 (“Nougat”) right out of the box. So it’s certainly current. And it’s a powerhouse when it comes to photos, video and music.This thing packs both front and rear wide-angle cameras, advanced image stabilization, an array of three mics for high quality recording worthy of your stellar video, and a built-in digital analog converter for optimal audio playback. And to top it off, for a limited time they’re throwing in a set of sweet B&O Play H3 earphones (a $149 value).

Don’t get us wrong, obviously other Androids have their selling points too. Samsung’s Galaxy S7 offers water-resistance, accessible storage, that brilliant curved screen and nice VR integration. Motorola’s super-slender Moto Z opens up a world of performance and functionality upgrades through Moto Mods. And the OnePlus 3 recharges really quickly—they say a day’s worth of juice in just half an hour—among other features.Therein lies the difference. Android phones offer features, options and configurability. But Apple doesn’t care. Their highly refined, tightly integrated hardware and software are exactly the kind of no-brainer that suits the masses just fine. Nothing will kill it. The best competitors can hope to do is wound it by outdoing it on particular specs or novel features.