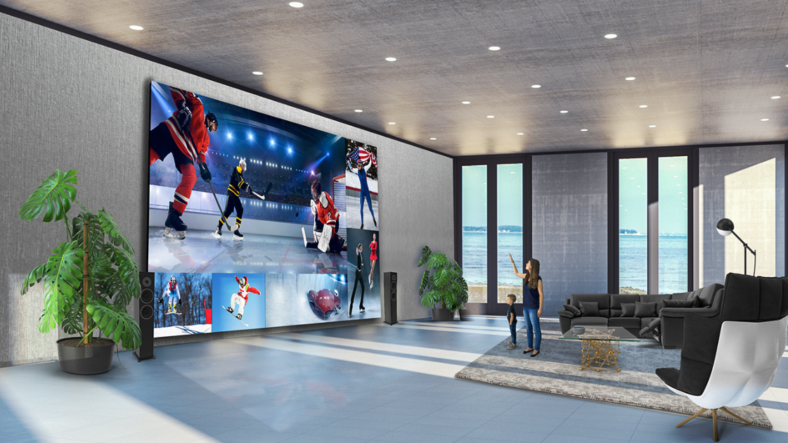 When it comes to LG’s latest LED TV, bigger is definitely better.

With its new Direct View LED (DVLED) Extreme Home Cinema lineup, the electronics giant is really leaning into the word “extreme,” unveiling a top-of-the-line model that measures 325 inches diagonally and takes up a whole wall.

The gigantic superset costs a cool $1.7 million, and those who can afford that staggering price tag will enjoy next-level technology along with their striking new living room centerpiece.

LG’s line of Direct View LED—or DVLED—Extreme Home cinema sets come with the company’s singular technology that repurposes LED, removing the LCD layer that normally broadcasts the images on the screen in favor of the LEDs (light-emitting diodes) themselves, with each pixel airing via three diodes apiece.

According to LG, this means images with greater color contrast and vibrancy and supposedly no risk of burned-in imagery, which can still be a problem with conventional flat-screen TVs.

Dwarfing even Samsung’s jumbo-sized “The Wall” line, LG’s new TVs are so huge in part because they hold so many LEDs, from a minimum of 2 million up to 33 million. Some choices include:

While LG hasn’t announced pricing for the Extreme Home Cinema TVs, CNET reports the 325-inch 8K will indeed top out at $1.7 million, and delves into the prodigious amounts of power DVLED TVs consume here.

If you’re interested in setting up an extreme cinema in your own home, contact LG via the form at the bottom of the page here at lg.com.