You literally never have to change the battery on this thing. 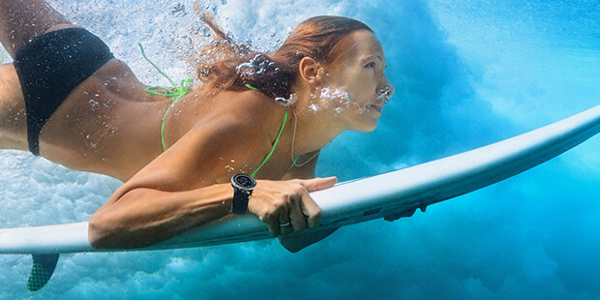 Although the concept of a smartwatch—having a ton of information and controls right at your wrist—is great, at some point you’ll have to take off the thing to charge it, making it instantly less useful. Even if you can power it up wirelessly as it floats in the air, it’s still a little annoying.Because the PowerWatch converts your body heat into electricity, it’s powered up whenever you’re wearing it. When you take it off, it goes to sleep. Put it back on and it’s ready to go again.

But since its battery doesn’t require charging or changing, the watch is sealed up watertight and you never really have to take it off. So unlike with other smartwatches, you don’t have to choose between monitoring your activity level and sleep quality.Of course, this isn’t the first time heat’s been used to generate electricity. For years, scientists have harnessed underwater volcanoes to generate geothermal energy. And on a more practical level, we’ve seen camp stoves that charge your phone. But this is the first time this technology’s been captured in a consumer product as small as a watch.

Science geekery aside, it’s actually a nice-looking timepiece with some cool functions. And through its Indiegogo campaign, you can currently nab one for about $100, more than a 40% discount off the expected retail, with initial delivery planned for next July.